Poland's defence ministry has confirmed its selection of the Alenia Aermacchi M-346 for its air force's advanced jet trainer requirement, after the completion of verification flights with the type from Deblin air base.

Performed between 3 and 5 February, the activity comprised two test flights, during each of which a Polish air force pilot joined an Alenia Aermacchi test pilot in the cockpit. The sorties included verifying the critical parameters of the aircraft's performance, including speed, rate of climb, service ceiling, maximum structural load factor and thrust loading. 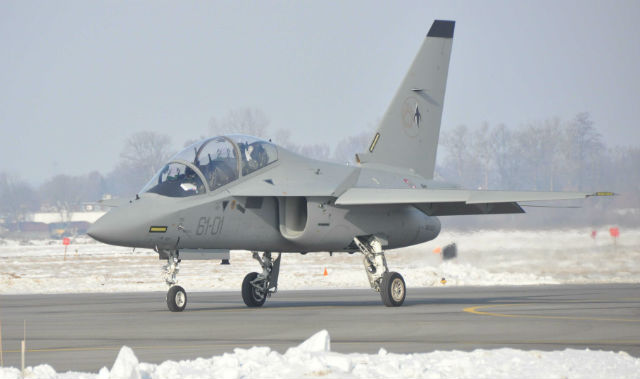 A final agreement between the defence ministry and the Italian company is expected to be signed later this month, or in March. Also to include training services, flight simulators and technical and logistics support, the eight-aircraft order is expected to value €280 million ($383 million). Warsaw will also have an option to acquire a further four of the aircraft at a later date.

First announced last December, Warsaw's selection of the M-346 for the requirement followed a competition also involving the BAE Systems Hawk and Korea Aerospace Industries/Lockheed Martin T-50, offered by latter's UK business unit. Alenia Aermacchi's proposal was selected on the grounds of it having submitted a compliant solution at the lowest price.

The proposals from BAE and Lockheed were rejected due to their non-compliance with air force requirements. The defeated bidders had the right to appeal against the decision before 2 January 2014, but neither exercised this option.