Poland’s defence ministry has reacted angrily to suggestions in the national media that it broke procurement rules when it selected the Airbus Helicopters H225M for a recent 50-unit tender of multi-role rotorcraft.

It is already facing a legal challenge from one of the losing bidders – AgustaWestland subsidiary PZL Swidnik – over the way the contest was handled, and the latest allegations will only add to the outcry over its decision.

But in a lengthy statement posted on the its website, Col Mariusz Tomaszewski, the ministry’s legal director, defends the acquisition process and says the report in the Wprost weekly contains “inaccurate and false information”.

Wprost says that four months on from the selection of the H225M in April for the tri-service deal, the contract is no closer to being finalised – particularly around industrial offsets.

With national elections due in the autumn, it suggests that officials from both the defence and economic affairs ministries are anxious to leave any decision to the next government. 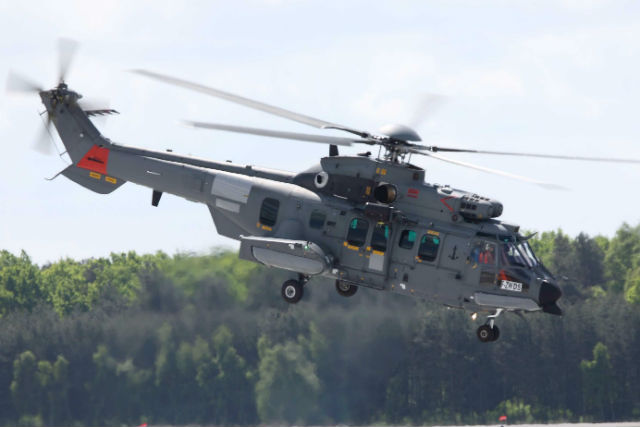 In addition, it says that the H225M Caracal failed to satisfy a number of criteria in Warsaw’s tender specification, therefore rendering its selection invalid.

These include the lack of a folding tail boom, issues with the infrared target designator and the speed with which the cabin can be reconfigured.

Given these issues, Wprost questions how the Caracal could have been picked over the competing AgustaWestland AW149 and Sikorsky S-70i Black Hawk and S-70B Seahawk.

However, Tomaszewski says that the acquisition process was entirely legal and above board, and it insists that that the competing offers “did not meet the formal requirements” of the tender.

During verification trials in May the Caracal satisfied all of the 32 “critical parameters” tested, he says, and notes that Airbus Helicopters has promised to deliver the required specification – including items like the folding tail boom for the 14-15 examples destined for the Polish navy.

Negotiations with the France-headquartered manufacturer to determine the final contract value are ongoing, he says.

Previous reports suggested the acquisition was worth up to Zl13 billion ($3.5 billion), but Tomaszewski says the final figure will not be known until it concludes negotiations covering the provision of “a training package, simulator, and the construction of a logistics centre”.

Airbus Helicopters will localise production of the Caracal as part of the deal, in partnership with Lodz-based WZL-1. AgustaWestland and Sikorsky both already have local manufacturing capabilities through their respective PZL Swidnik and PZL Milec subsidiaries.