KLM has signed an agreement to support the development of a 'Flying V' blended wing concept that promises up to 20% better fuel efficiency compared to an Airbus A350.

The concept, developed by Delft Technical University (TU Delft) in the Netherlands features a V-shaped design that is passenger cabin, fuel hold and wings in one, powered by a pair of rear-mounted turbofan engines. Aside from the fuel savings, it is around 15% more aerodynamically efficient compared to conventional aircraft. 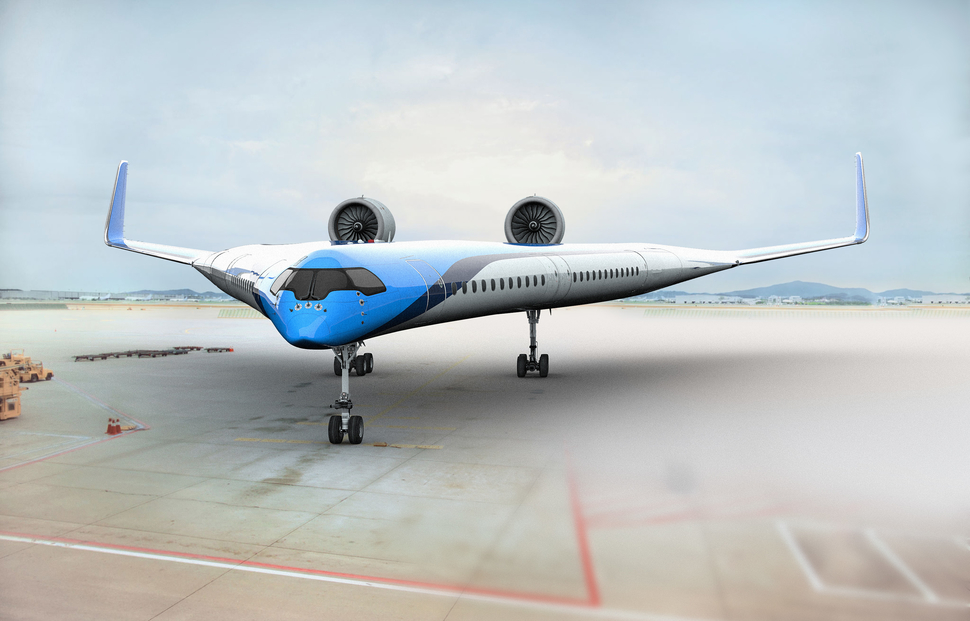 TU Delft and KLM signed a co-operative agreement on the sidelines of the IATA Annual General Meeting in Seoul to help fund and support the concept.

KLM chief Pieter Elbers declined to reveal how much KLM is funding, but stressed that the airline was supportive of sustainable aviation initiatives.

A flying scale model and a full-size section of the interior of the Flying-V will be presented by KLM’s 100th anniversary celebrations.

Dean of TU Delft’s faculty of aerospace engineering Professor Henri Werij says that in its baseline configuration, the Flying-V would seat about 314 passengers in two classes.

With a total width of about 65m, and a length of 55m, which would allow it to be operated in existing airports. He adds that the design could be easily scaled up or down by inserting or removing modules, and would be well suited to the long-haul market.

In its present iteration, the concept would be powered by existing fuel-efficient turbofan engines, but Werij says it could be tweaked to take into account future developments in engines.