The fatal 2011 crash of a PZL-Mielec M18A Turbine Dromader single-engined turboprop aircraft in Australia has highlighted concerns about variations in the type's centre of gravity during crop dusting operations.

In a report about the 19 July 2011 crash, however, the Australian Transport Safety Bureau (ATSB) said it does not believe that a centre of gravity variation was a factor in the incident.

"The ATSB found that, for reasons that could not be determined with certainty, the aircraft departed from controlled flight during a turn at low altitude and the pilot was unable to recover before impacting the ground," it said in the report.

The crash, which killed the pilot, occurred in a cotton field located in Australia's Queensland province. There were no witnesses, but the ATSB believes it occurred in late morning. Conditions at the time were clear with no clouds. 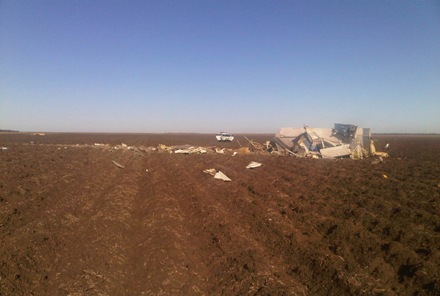 The registration of the aircraft involved was VH-FOZ, and it was produced in Poland in 1995. It had accumulated 5,901 hours at the time of the accident.

The pilot had total experience of 4,961 hours including 74 hours on the Turbine Dromader. He had a valid medical certificate. A post mortem discovered no medical emergency that might have contributed to the crash, or the presence of drugs or alcohol in his blood.

During its investigation the ATSB discovered that the Turbine Dromader's centre of gravity can "vary significantly" during spraying operations owing to changes in the weight of the aircraft's chemical/spray hopper in addition to changes in fuel levels. This represents a "significant safety issue."

As a consequence of its findings, Australia's Civil Aviation Safety Authority (CASA) and manufacturer PZL-Mielec have worked to improve operator and pilot understanding of the issue. PZL-Mielec is also reviewing the Turbine Dromader's design to address "excessive centre of gravity variation."

"Although it was not contributory in this instance, the ATSB highlights the importance of pilots maintaining their aircraft's weight and balance within limits throughout a flight, and of understanding the implications of changing weight and balance," said the report.

"Similarly, the ATSB reaffirms the importance of being familiar with and adhering to aircraft operational limitations."