The UK Royal Air Force will conduct its final operational sortie with the Lockheed TriStar on 24 March, with a pair of the tri-jets to take off from its Brize Norton air base in Oxfordshire. One of the aircraft will be involved in an air-to-air refuelling activity, the service says.

The last flight will occur four days after the RAF’s 216 Sqn – which has operated the TriStar for 30 years – was formally deactivated during a disbandment ceremony performed at the service’s air transport base. 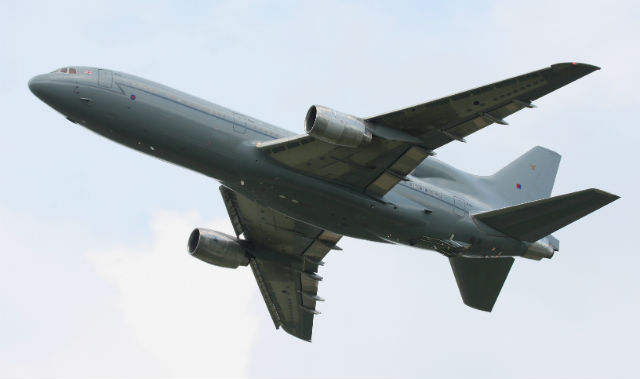 Acquired after the Falklands War of 1982 and operated since 1984, the RAF’s TriStar fleet comprised six L-1011-500s purchased from British Airways and modified for the in-flight refuelling role, plus three passenger-only examples sourced from Pan Am. In the tanker role, the Rolls-Royce RB211-powered type is capable of carrying a maximum fuel load of almost 140t.

Retirement of the TriStar tanker/transport fleet follows the departure from service of the RAF’s last Vickers VC10 in-flight refuelling aircraft in September 2013. Both types’ responsibilities have been assumed by the service’s new Airbus A330 Voyagers, being supplied via the Future Strategic Tanker Aircraft deal by AirTanker.

According to Flightglobal’s Ascend Fleets advisory service, the UK retirement leaves just one TriStar as operational in the world. This is a -100 example adapted for use as an air-launch platform for US company Orbital Sciences’ Pegasus satellite-delivery rocket. Built in 1974 and now named Stargazer, this was originally operated by Air Canada, it says.