Four Eurofighter Typhoon FGR4s from the Royal Air Force’s 3 Sqn touched down at Siauliai air base in Lithuania on 28 April, to support Poland’s provision of quick reaction alert cover for the Baltic states from 1 May. 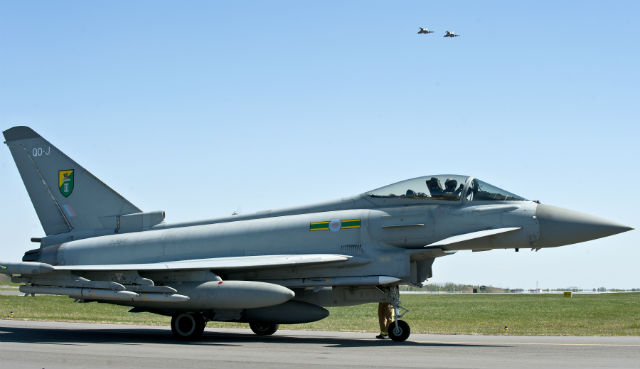 The deployment, from RAF Coningsby in Lincolnshire, marks the first time the UK has committed Typhoons to the NATO Baltic air policing mission. This has protected the airspace of Estonia, Latvia and Lithuania since the trio joined NATO in 2004.

The Alliance recently bolstered its commitment of air-defence aircraft to the Baltic region, as unease increased following Russia’s annexation of the Crimea region of Ukraine.

“It is right that NATO takes steps to reaffirm very publicly its commitment to the collective security of its members,” says UK defence secretary Philip Hammond. The RAF’s landmark Typhoon detachment “will provide reassurance to our NATO allies in eastern Europe and the Baltic states”, he adds. 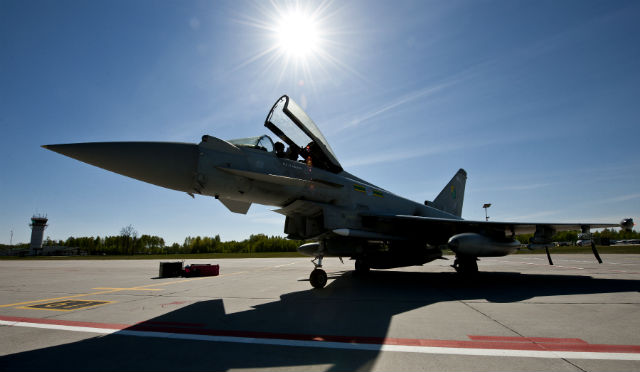 The Polish air force will assume the Baltic air policing duty for a four-month period starting on 1 May, after sending an expected four RAC MiG-29s to Siauliai. Combined with the RAF’s Typhoons, these will take over the task from the US Air Force, which initially provided four Boeing F-15C fighters from RAF Lakenheath in the UK from 3 January. Its allocation was last month increased to 10 of the aircraft, following a request from NATO. 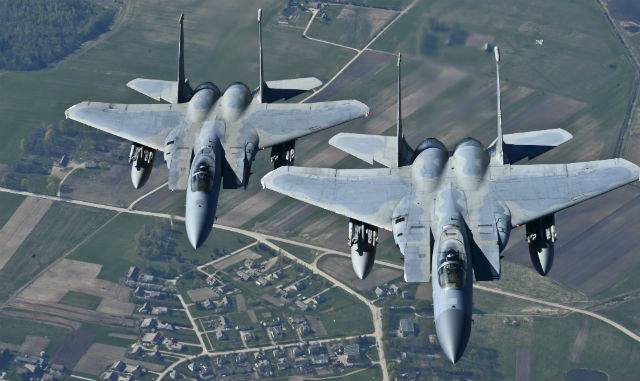