The Italian air force plans to deploy its Alenia Aeronautica C-27J Spartan transport to support the nation’s troops in Afghanistan from late this year or early 2008, as the design is believed better suited to the theatre’s demands than the service’s bigger Lockheed Martin C-130Js, says chief of staff Gen Vincenzo Camporini.

Speaking to journalists at the Royal International Air Tattoo on 14 July, Camporini said: “We believe the C-27J is ideal for the scenario in Afghanistan. The C-130J can be too large for the tasks it is required to undertake: carrying personnel and some equipment.” The Italian air force currently flies C-130Js into Afghanistan from elsewhere in the region, and also has one aircraft allocated to support the needs of NATO’s International Security Assistance Force in the country. 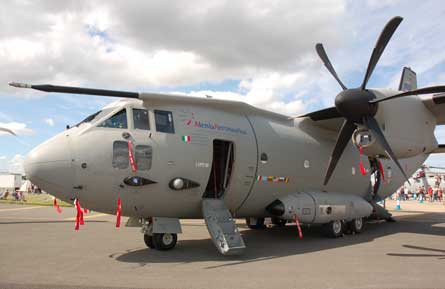 Camporini says the decision to deploy the C-27J will be taken once the air force has sufficient aircraft and trained crews to operate the type, two of which have been delivered to Italy so far. A third example will be handed over soon, and in total seven will have been accepted by year-end.

The air force sent its first C-27J to RIAT to participate in the static display, with the aircraft carrying special decals to celebrate Alenia’s success as part of an L-3 Integrated Systems-led team last month named the winner of the US Army/Air Force Joint Cargo Aircraft competition. However, losing bidder Raytheon is currently challenging the decision.

Camporini also spoke of his ambition to have the air force’s Sikorsky HH-3F Sea King combat search-and-rescue helicopters replaced by a development of the AgustaWestland EH101 to leverage platform enhancements introduced through the Lockheed-led US101 US presidential helicopter programme. He also believes Rome’s recent decision to order 14 M-346 advanced jet trainers for the air force for delivery from 2012 will bring much-needed momentum to the proposed nine-nation Eurotraining scheme. “We expect our actions to be a catalyst for the programme,” he says. 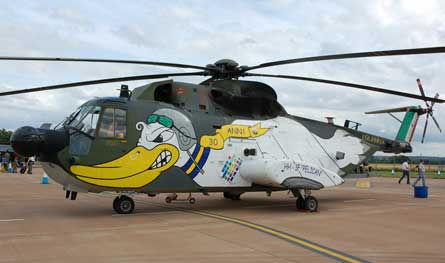