The 16m long and 4m wide wing was loaded onto a customised trailer on 8 April and transferred from MHI's Tobishima plant to its Komaki plant some 35km away. 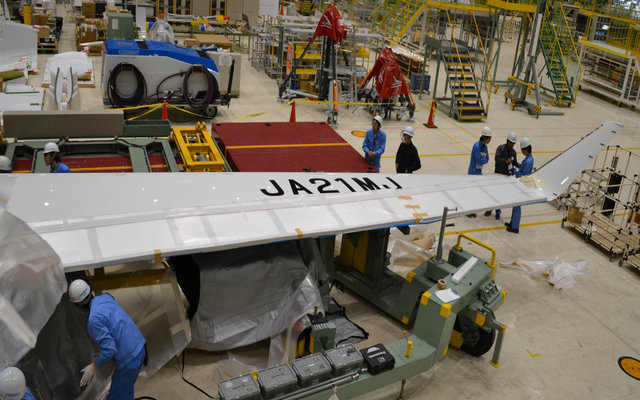 The aircraft's left wing will be delivered to the Komaki factory by mid April, says a Mitsubishi spokesman.

Final assembly of the wings onto the aircraft's fuselage is expected to happen soon.

In February, the airframer unveiled pictures of the regional jet's first joined fuselage. The pictures showed aircraft 10001, fused from the forward fuselage through to the aft fuselage and bearing the airframer's red, black and gold house livery. Mitsubishi Aircraft had said then that the plan is for the aircraft's wings to be joined to its body before the arrival of the first Pratt & Whitney PW1200G geared turbofan engines in late April.

The Japanese-made regional jet is scheduled to take its first flight in Q2 2015, after three delays to the programme's schedule.