Alenia Aermacchi is continuing its efforts to broaden the appeal of its slow-selling C-27J Spartan tactical transport with the introduction of a new firefighting system that has recently been trialled by the Romanian air force.

The Italian airframer says it has conducted a recent test campaign in the Romanian mountains using one of the European nation's seven C-27Js. It was equipped with a Guardian system from California-based Caylym Technologies which allows the delivery of up to six large cardboard containers containing 1,000 litres (260 USgal) of water or fire suppressant onto wildfires.

Romania will be the first country in Europe to utilise the technology, says Alenia. 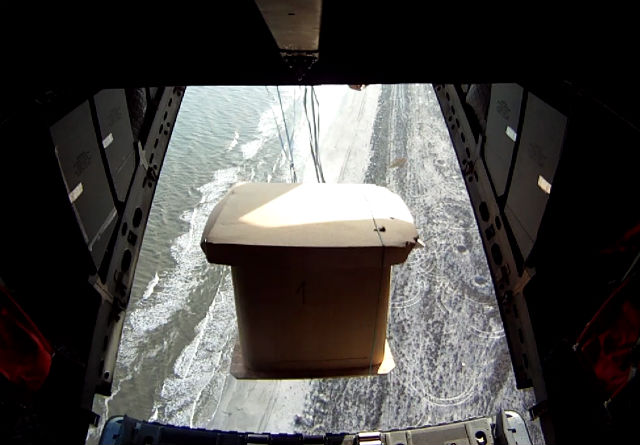 Using a standard-sized container, the Guardian system is deployable in either the C-27J or larger Lockheed Martin C-130 "without any peculiar equipment or modification" says Alenia.

The two aircraft can additionally drop the containers from up to 1,500ft (460m) which, says Alenia, is a higher altitude than other firefighting platforms can achieve "increasing mission safety and allowing night operations".

A joint certification campaign for the equipment was concluded by Alenia and the Romanian air force late last year, resulting in the first shipment to the nation in August 2013. 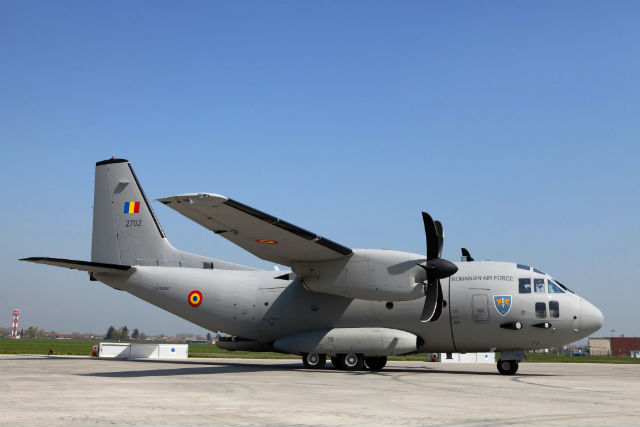 Alenia's efforts to certificate and deploy the Guardian system appear to be a direct response to Airbus Military's drive to introduce a firefighting variant of its smaller C295 with trials of the latter type beginning in late October in southern Spain.

It may also boost the chances of the US Forest Service taking on a number of C-27Js acquired, but no longer wanted, by the US Air Force under its Joint Cargo Aircraft programme. Seven of the transports will be operated by the US Special Forces Command, with the Forest Service and Coast Guard interested in the remaining 14 examples.