Romania is looking to advance its proposed acquisition of 12 surplus Lockheed Martin F-16s from the Portuguese air force, with permission being sought via the US government.

The possible deal for the Block 15 fighters has a total estimated cost of $457 million, with this also including “weapons, equipment and support”, says the Defense Security Cooperation Agency (DSCA) in a notification to Congress. The aircraft would be procured “through a third party transfer from Portugal” via the US government’s Foreign Military Sales framework, it adds. 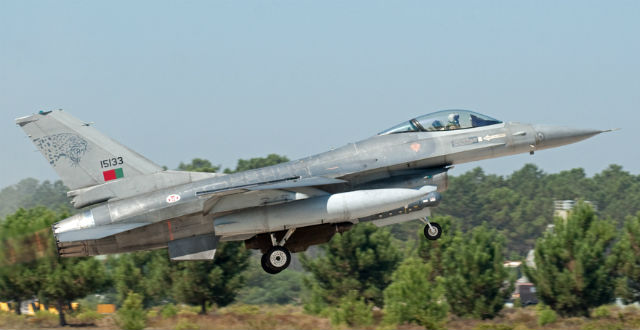 “This proposed sale of weapons, equipment and follow-on F-16 support will enable Romania to support both its own air defence needs and coalition operations,” the DSCA says.

NATO member Romania is seeking a Western type to begin replacing its oldest MiG-21s, with Flightglobal’s MiliCAS database showing 36 of the type as being in active use.

The Portuguese air force has a current fleet of 29 F-16As and five B-model trainers, MiliCAS shows. The oldest of its Pratt & Whitney F100-powered examples date back to 1983.