A fatal crash of a Mil Mi-28 helicopter has led to the Russian ministry of defence grounding its entire fleet of the attack type, according to local media reports.

The incident on 2 August involved a Mi-28 flown by the Berkut aerobatics display team performing at the Aviadarts 2015 flight competition near Ryazan in Russia.

Reports have blamed the crash on hydraulic failure. Footage of the incident on social media shows the aircraft performing its display routine, before beginning to descend vertically, apparently spinning out of control. The tail rotor also does not appear to be turning under power during the footage.

The aircraft is seen to hit the ground with a wings level attitude and then burst into flames. Russian news agency RIA Novosti says the helicopter's pilot was killed in the accident, while the navigator survived, but was hospitalised with spinal injuries and concussion. 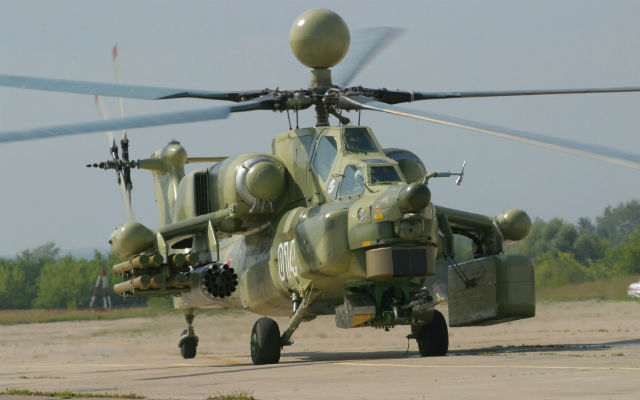 This is the second loss of an Mi-28, with an earlier example destroyed in February 2011, Flightglobal’s Fleets Analyzer database records. Two other incidents involving the rotorcraft took place in June 2009 and October 2011, but the aircraft were repaired and returned to service.

Analyzer shows 84 of the 10.9t type in service with the Russian military, while Iraq has seven in its inventory.

There are currently no other operators of the Klimov VK-2500-powered helicopter, but Algeria has 42 on order, with deliveries expected to start soon.