Russia has rolled out its first RAC MiG-35 fighter and announced its intention to offer the multirole type to a host of potential export customers, including India.

Staged at the airframer’s Lukhovitsy site near Moscow on 27 January, the milestone event was attended by officials including Russian air force chief Col Gen Victor Bondarev and delegations from more than 30 countries. United Aircraft identifies these as having including representatives from nations including China, India, Peru and Vietnam. 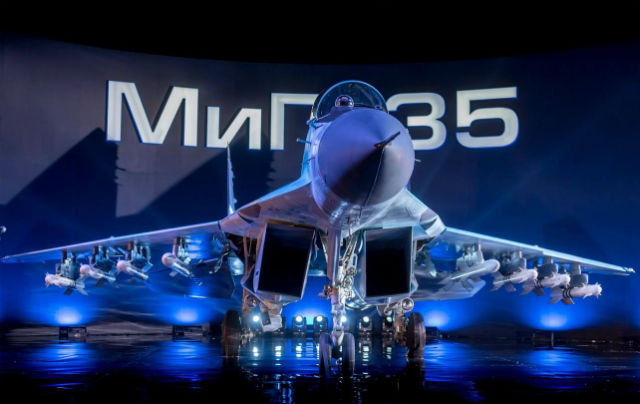 Flight testing of the MiG-35 has also begun, with RAC MiG test pilots reporting a first sortie as having shown that “all systems worked normally”.

To be capable of performing air-to-air, air-to-surface and anti-ship strike missions, the new model features a reduced radar cross section and an enhanced self-protection suite, according to its developer.

Russia’s air force has previously expressed interest in acquiring an initial batch of up to 37 MiG-35s, with deliveries expected from around 2018, but Bondarev says: “Within some time we shall replace all light fighter aircraft with this type.” Flight Fleets Analyzer records the service as today operating 258 earlier-generation MiG-29s. 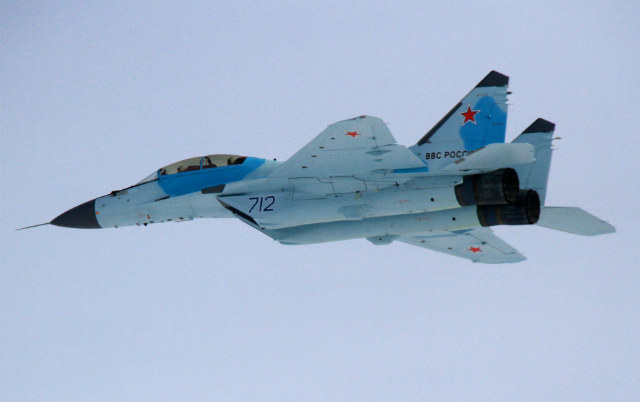 RAC MiG had proposed the MiG-35 during India’s medium multirole combat aircraft competition, before the type was ruled out of contention for the potentially 126-unit deal. New Delhi ultimately acquired 36 Dassault Rafales, but has identified a new requirement for an additional light fighter, with the Lockheed Martin F-16 and Saab Gripen E as likely candidates.

Russia’s deputy prime minister, Dmitry Rogozin, says Moscow is ready to again offer the MiG-35 to New Delhi, under the terms of its “Make in India” industrial strategy. A bilateral industry conference is to be held in the potential customer nation early this year, he reveals, to cover aspects including joint ventures, production and maintenance.

Fleets Analyzer shows India’s air force as already operating 66 MiG-29s, with another 507 of the type in current use with 24 other export customers.

Meanwhile, Rogozin used the roll-out event to announce that United Aircraft will perform the first flight of the developmental Ilyushin Il-112 military transport around mid-2017. The twin-turboprop design will have a cargo capacity of about 5t.