Pilatus and Saab have signed a memorandum of understanding to offer the former’s PC-21 basic trainer to the Swedish air force for a potentially 20-aircraft requirement.

Signed in Bern on 28 March, the co-operation agreement puts the companies “on a footing to co-operate in the replacement of the Swedish air force’s current pilot trainer aircraft, the SK 60 [Saab 105], should Sweden decide to replace the fleet”, says Saab.

“This is a result of a long dialogue that began with the selection of the Gripen E in Switzerland. It truly shows that there are extended business opportunities that can result from the Gripen decision,” says Saab chief executive Håkan Buskhe.

A public referendum will be conducted in Switzerland on 18 May into the Gripen Fund Law, which is linked to the proposed 22-aircraft acquisition for the Swiss air force. Deliveries will begin in 2018 if a “yes” vote is recorded.

“The Gripen is the optimum aircraft for the Swiss air force, and the PC-21 provides the best solution for the provision of training to military pilots, in Sweden and elsewhere,” says Pilatus chief executive Markus Bucher. 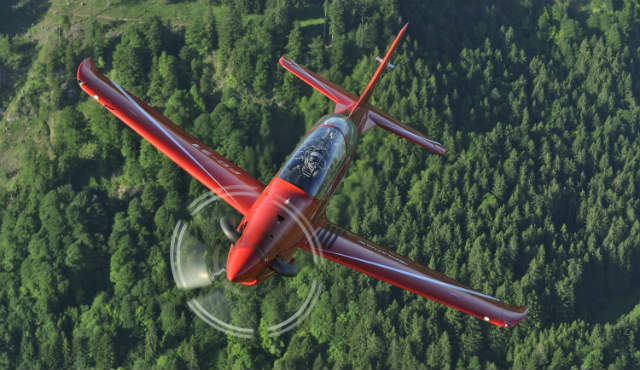 “The PC-21 pilot training system has been the subject of sales negotiations between Pilatus and Sweden for some time,” says Pilatus. “A decision to proceed with the purchase of the Gripen would take Pilatus one step closer to concluding a PC-21 contract, creating a win-win situation for both countries.

"An order to produce and deliver some 20 PC-21s would be an important achievement for one of central Switzerland’s biggest employers, and would also provide a boost for related business entities across Switzerland as a whole.”

Pilatus has already sold a combined 131 PC-21s to the air forces of Qatar, Saudi Arabia, Singapore, Switzerland and the United Arab Emirates.

Speaking in early March, Swedish air force chief of staff Maj Gen Micael Bydén revealed that the service is studying its options for a possible SK 60 replacement, and referred to potential candidates including the PC-21. The nation currently operates 72 of the twin-engined type, which first entered use in 1967.