Less than 24h after the crash outside Tehran of a Ukraine International Airlines Boeing 737-800, air safety experts are expressing concern that geopolitical tensions and other factors could hinder a transparent, impartial accident investigation.

Few details about the 8 January crash, which killed 176 people and occurred hours after Iran fired ballistic missiles at US-occupied air bases in Iraq, have yet come to light. 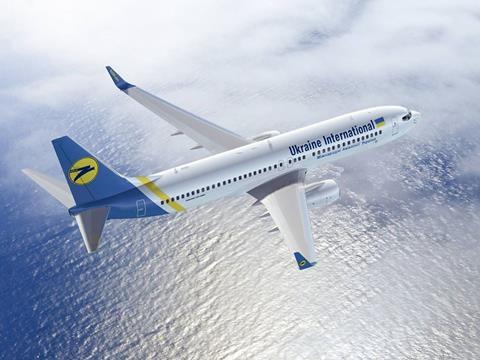 But some evidence makes experts doubt mechanical problems brought down the aircraft.

“The odds that it was the plane itself, is somewhere between zero and one percent,” says aerospace analyst Richard Aboulafia. “An uncontained turbine failure doesn’t look like that… Planes don’t just blow up in midair on their own.”

At this time there is no reported evidence to show that the aircraft was shot down or intentionally destroyed.

Iranian authorities have recovered the aircraft’s cockpit voice and data recorders, but the head of Iran’s Civil Aviation Organisation says his country will not turn over the recorders to Boeing or the United States, according to media reports.

Iran itself will review the flight data and work with Ukrainian investigators, said Iran civil aviation chief Ali Abedzadeh, according to reports.

“There’s a good chance we may never know what happened if the Iranians are not going to share the data with the world community,” says former National Transportation Safety Board member John Goglia.

ICAO guidelines stipulate crash inquires be led by the country where the crash occurs, though that country may delegate work to another state or regional accident investigation organisation.

Those guidelines also entitle the country where the aircraft was designed to appoint a representative to take part in the investigation, though such cooperation seems unthinkable considering the state of US-Iran tensions, observers note.

The US NTSB, which would typically be involved, is “working with the State Department and other agencies to determine the best course of action,” it says.

The agency is “following its standard procedures for international aviation accident investigations, including long-standing restrictions under the country embargoes”, it adds.

He hopes Iran opens its investigation to assistance from ICAO and other countries, namely Canada, which lost 63 citizens in the crash.

“We do not need to have a second Malaysia air accident, that doesn’t get investigated,” Hall says.

He refers to Malaysian Airlines flight MH17, a 777 from Amsterdam that went down over Ukraine in 2014 amid military hostility between Ukraine and Russia. Dutch investigators handled the inquiry, determining the aircraft was shot down by a Russian missile.

On 8 January, the Transportation Safety Board of Canada (TSB) issued a statement saying it “appointed an expert who will receive and review factual information released by [Iran] and monitor the progress of the investigation”.

The statement makes no mention of coordination with Iran.

“Our government will continue to work closely with its international partners to ensure that this crash is thoroughly investigated, and that Canadians’ questions are answered,” Canada’s prime minister Justin Trudeau says in a statement.

The Ukraine 737-800, powered by CFM International CFM56 turbofans, was operating flight PS752 from Tehran to Kiev. It had registration UR-PSR, according to Flightradar24.com. Boeing manufactured the jet in 2016, according to Cirium fleet data.

The aircraft took off from Tehran at 06:13 local time on 8 January, climbed westward to about 8,000ft before controllers lost radar contact. The pilots did not report unusual circumstances, Iran’s Abedzadeh said.

Adebzadeh said preliminary information suggests the aircraft was on fire before it hit terrain. Ukraine’s president has ordered a criminal investigation, according to reports.

Though its veracity remains unconfirmed, the video depicts a flaming object, breaking apart as it falls to the ground – a type of inflight breakup with only few causes, experts say.

Such causes could include an incendiary device or, maybe, a particularly violent engine failure.

Still, experts caution against drawing any conclusions from so little information.

“There’s not enough (information) to make any intelligent” comment about the cause, says Goglia.

Hall agrees. He recalls the atmosphere following the crash of American Airlines flight 587 two months after the 11 September 2001 terrorist attacks in the USA.

Initial speculation held that terrorists brought down the aircraft. Later, the NTSB attributed the crash to the first officer’s rudder inputs and the aircraft’s design.

“Everyone immediately associated that with 9-11. It was an entirely different matter,” Hall says.