US airlines are urging the administration of President Joe Biden to prohibit 5G wireless transmissions near certain airports, warning of an aviation-industry meltdown starting 19 January.

That is the date US cellular companies intend launch their fifth-generation – 5G – wireless networks. Warning of interference with radio altimeters, the Federal Aviation Administration has already prohibited auto-landings and other flight operations at airports where interference is possible.

In a 17 January letter to US officials, the heads of 10 airline companies said “immediate intervention is needed to avoid significant operational disruption to air passengers, shippers, supply chain and delivery of needed medical supplies”. 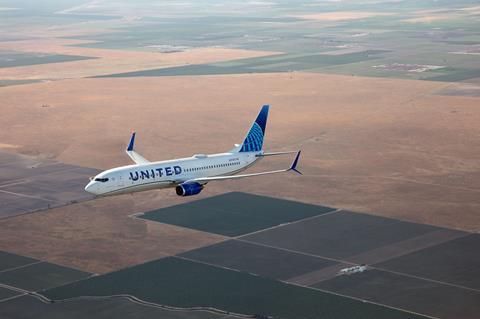 “The ripple effects across both passenger and cargo operations, our workforce and the broader economy are simply incalculable,” the letter adds. “To be blunt, the nation’s commerce will grind to a halt.”

The letter asks the government to prohibit 5G transmissions within 2 miles (3.2km) of runways at affected airports.

The US airline sector has for months warned that 5G transmissions could interfere with radio altimeters.

Last week, the FAA issued orders prohibiting auto-lands and other radio-altimeter-based operations at many major US airports for aircraft with “untested altimeters”.

On 16 January, however, the FAA cleared several Airbus and Boeing models to operate low-visibility landings at 48 of 88 “most-directly-affected” airports, meaning 45% of the fleet can fly low-visibility landings, the FAA said. Approved aircraft types include Boeing 737s, 747s, 757s and 767, and Airbus A320-family jets, A330s and A350s.

Boeing’s 787 is not among approved types.

In their letter, the airline CEOs say airports cleared by the FAA are not those “used by most of the travelling public”, and that “most” of 50 large airports will still be subject to restrictions.

“Airplane manufacturers have informed us that there are huge swaths of the operating fleet that may need to be indefinitely grounded,” say the airline chiefs.