Canada has once again told its citizens to stay home as the Omicron variant of the coronavirus begins to quickly spread across the country and around the world.

“The epidemiological situation is changing rapidly,” health minister Jean-Yves Duclos says on 15 December. “Whether we like it or not we must adjust to this reality.”

“Our government is advising Canadians to avoid non-essential travel outside Canada,” he adds. “To those planning to travel I say, very clearly, ‘Now is not the time to travel.’” 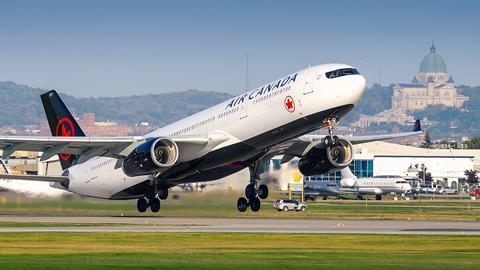 Government of Canada once again warns against international travel

The warning reverses progress the country had made in the past months in easing restrictions for travellers.

“The rapid spread of the Omicron variant on a global scale makes us fear the worst for Canadians that may think of travelling,” Duclos says. “Travelling Canadians could contract the virus or get stranded abroad.”

The travel warning will be in place for four weeks, after which the government will reassess the situation, he adds.

In addition, he says that this is just a first step, and “there will certainly be other measures” as the Omicron variant of the virus becomes more common.

“This may sound very drastic to many listening but we must avoid overloading our hospital system and our health care workers,” he says.

The new warning comes at a time when many Canadians think about travelling to warmer climates for a break from the long winter. Between December and April, so-called “snowbirds” often flock to beaches in Florida, Mexico and the Caribbean to escape the cold weather.

Canada had some of the strictest and longest-running coronavirus-driven travel restrictions in place, designed to stop its spread. Those measures had been introduced in March 2020, as Covid-19 initially tore around the world. For a while, the government of prime minister Justin Trudeau required returning Canadians to quarantine in a government facility at their own cost, and introduced a strict testing regime as well.

Last January, the government asked all Canadian airlines to suspend their flights to warm-weather destinations during the traditional spring break season, in order to minimise the risk of travellers bringing the virus back from their beach vacations.

In August 2021, Canada re-opened its borders for fully vaccinated tourists from the USA, and a month later for international travellers.

The National Airlines Council of Canada (NACC), which represents the country’s major passenger carriers, did not comment on the new travel warning.

Pilot union Air Line Pilots Association, International (ALPA) says on 14 December that the new travel advisory ”will force our industry to absorb further losses when it was finally heading towards stability”.

“ALPA Canada questions both the necessity and efficacy of such potential restrictions at this juncture,” Tim Perry, president of the ALPA Canada, says. ”Until the government can adequately provide scientific data, and epidemiologists have explicitly commented about the effectiveness of such restrictions, ALPA Canada does not support introducing further travel restrictions.”

Updates on 15 December to include a statement from the Air Line Pilots Association, International (ALPA).