Europe’s safety regulator will next week approve the return to service of the Boeing 737 Max when it releases its final airworthiness directive (AD) for the troubled twinjet.

Speaking during a media roundtable today, Patrick Ky, executive director of the European Union Aviation Safety Agency (EASA), said that once the AD is published “the Max will be cleared to fly again from our perspective”. 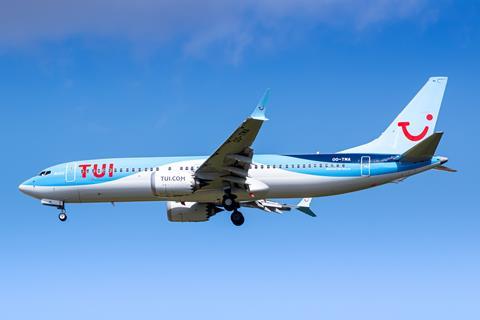 Updates are required to the twinjet’s flight-control software

However, operators will need to ensure that the relevant changes to the aircraft have been made, notably updates to the flight-control system and the controversial Maneuvering Characteristics Augmentation System (MCAS) software, plus alterations to wiring.

In addition, pilots will need to undergo training to familiarise themselves with MCAS and its possible failure, Ky adds.

MCAS was a significant contributor to both fatal 737 Max crashes after it erroneously activated – triggered by faulty Angle-of-Attack (AoA) sensors – and repeatedly pushed the nose of the aircraft down until their crews lost control. A combined 346 people were killed in the crashes in October 2018 and Mach 2019.

EASA published its draft AD in November, with comments closing at the turn of the year. Changes over that version are mostly focused on phrasing, rather than introducing new requirements, Ky says.

He stresses that in order to re-certificate the Max, the agency had to be certain that four conditions were met: that the causes of the two crashes were fully understood; that the factors which contributed to the accidents were solved; that certain previously undeclared “safety critical components” were approved by EASA; and that pilots were properly informed and trained “on the Max and all the changes and modifications that have been made”.

“We are confident that those four pre-requisites have been met,” says Ky. The Max has been grounded in Europe since March 2019.

Although EASA’s identified ”safety critical components” that it “did not see as part of the first certification”, it does not blame a lack of “transparency” on the part of the Federal Aviation Administration (FAA) for this oversight.

Rather, says Ky, “the way we were organised meant we did not have the information”. That has led the agency to change its approach to future certifications, he says. 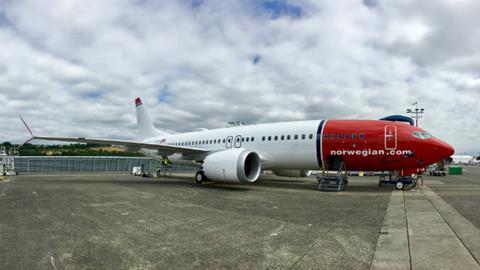 Type has been grounded since March 2019

He says that the main difference in recertification requirements for the 737 Max between Europe – and Canada – and the USA, is the ability to disable the stick-shaker warning if pilots are certain that they understand the cause of an angle-of-attack (AoA) sensor fault.

Otherwise, he says, the crew would have to perform the remainder of the flight “with the stick continuing to kick for one or two hours”.

Although consideration was given to mandating equipping the Max with a third AoA sensor, Ky says that was discounted following consultation with Boeing and FAA.

“The overall architecture or design of the aircraft is coming from the 1970s so it is not that easy to add new electronic components or sensors in such an architecture,” he says.

Installing a third sensor onto the aircraft “would have been extremely difficult”, he says.

As a compromise, Boeing will develop a “synthetic sensor” which will help to calculate the true AoA figure in the event of a disagreement between the two external probes.

This will make its debut in the 737 Max 10 from 2022 and will then be retrofitted into the in-service fleet.

The safety of the system has been reviewed by EASA test pilots and human factors specialists, plus “normal airline pilots”, says Ky.

European carriers that took delivery of the 737 Max prior to its grounding include Icelandair, LOT, Norwegian, SmartWings and TUI.

Meanwhile, EASA is working on the certification of the high-density Max 8-200 which has been ordered by Irish carrier Ryanair.

Approval is due “in the coming weeks”, says Ky, clearing it for operation during the summer season.

This article has been edited to correct the years in which the two Max crashes occurred.