Boeing’s fix for the electrical issue that grounded 106 in-service 737 Max and paused delivery of new aircraft has been approved by the FAA.

The Chicago-based airframer says on 12 May that it has issued service bulletins and the repairs should begin shortly.

“After gaining final approvals from the FAA, we have issued service bulletins for the affected fleet,” the company says. “We’ll continue to stay close to our customers as they complete the work to return their airplanes to service. We are also completing the work as we prepare to resume deliveries.” 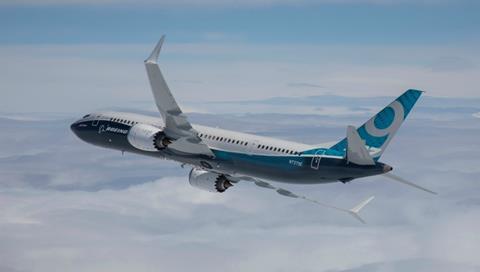 Boeing disclosed the issue on 8 April, and it involves “potential degradation of bonds associated with electrical grounding of equipment that could affect the operation of certain systems”, the FAA said in a 22 April “Continued Airworthiness Notification to the International Community”.

Boeing executives said on 28 April that they had paused deliveries of new 737 Max after it also advised airlines to pull the aircraft from service.

At the time Boeing said the issue would take “a few days” per aircraft to repair.

Those jets have manufacturing line numbers between 7,399 and 8,082. Boeing manufactured them after making design changes in “early 2019”, the FAA had said.

According to Cirium fleets data, of the 106 aircraft, Boeing delivered 18 in early 2019 prior to the global grounding following two fatal crashes blamed on the type’s Manoeuvring Characteristics Augmentation System (MCAS).

The electrical issues have nothing to do with MCAS, the FAA confirmed.