Cellular industry engineers are participating in flight tests being conducted by the Federal Aviation Administration as part of its evaluation of risks posed to aircraft by C-band radio transmissions.

The FAA is also working to evaluate whether the use of cellular phones while airborne heightens that risk, says agency administrator Steve Dickson.

“Telecommunications engineers… are actually onboard FAA aircraft, reporting the parameters of… the signal as it impacts the airplane,” Dickson says during a House Transportation Committee hearing on 3 February. 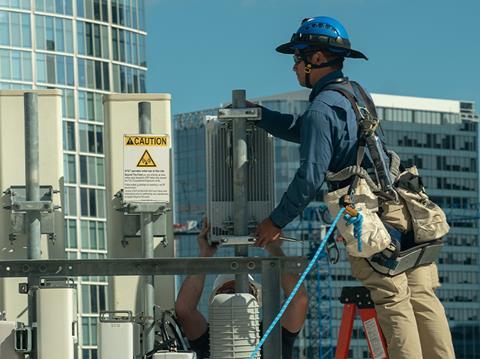 “That data… will help us sharpen our analysis. It will also inform the performance requirements for modification to radio altimeters or the new performance standards for retrofit equipment,” Dickson adds.

The test flights are part of the FAA’s race to better understand what risk new C-Band transmissions – part of new 5G cellular networks – pose to aircraft radio altimeters. The risk has led the FAA to ban certain flight operations as it works to set new altimeter standards.

During the hearing, Dickson said the FAA is also using flight tests to study whether the use of cell phones in-flight is particularly risky.

He notes that new cellular towers are “smart towers”, meaning they emit more power as more people use the system.

“If you have demand on the telecommunications system that’s coming from the airplane, could that focus power on the aircraft as it’s flying in low-visibility conditions?” Dickson says.

“It’s an open question,” he adds. “These are the kinds of things you can only determine with the flight testing we are doing now.”