FAA issues new procedures for 717s, M-11s and other jets due to 5G concern

The Federal Aviation Administration has mandated new operating procedures for Boeing 717s, MD-11s and other earlier-generation jets in response to hazards posed by interference from 5G cellular signals. 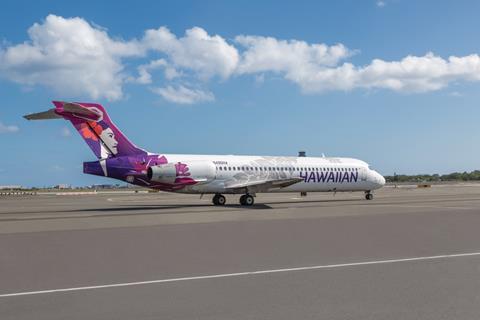 Of those, airlines widely operate only 717s, DC-10s and MD-10s. Hawaiian Airlines and Delta Air Lines have 717s, FedEx and UPS fly MD-11s and FedEx also operates DC-10s, according to Cirium data.

Those airlines did not immediately respond to inquiries about the issue.

The order is the latest in a string of related actions taken by the FAA to address radio altimeter interference caused by 5G signals. Cellular companies switched on 5G transmitters in many cities in January.

The FAA has issued other ADs recently addressing interference in other types of jets.

“Based on Boeing’s data, the FAA identified an additional hazard presented by 5G”, says the FAA’s latest order, which targets 717s and the MD- and DC- variants.

“The FAA determined that anomalies due to 5G C-Band interference may affect multiple other airplane systems using radio altimeter data, regardless of the approach type or weather,” the order says. “These anomalies may not be evident until very low altitudes.”

The order requires airlines update operating procedures within days. For 717s, the new procedures call on pilots to disconnect autopilots before intercepting glide slopes and to be prepared to perform manual tasks due to risk that automated systems might fail.