The Australian Transport Safety Bureau (ATSB) has highlighted the danger of foreign object debris (FOD) after a screwdriver tip damaged the engine of Jetstar Airways Airbus A320.

The screwdriver tip was found in the high-pressure compressor (HPC) of the jet’s right-hand IAE V2500 engine following an aborted take-off on 23 October 2020, says ATSB. 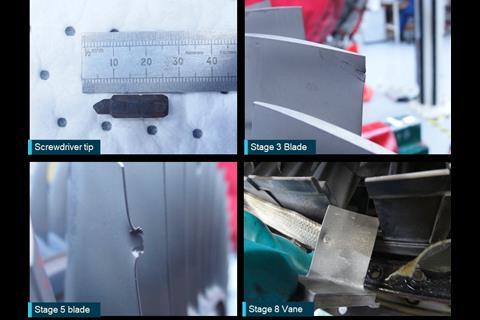 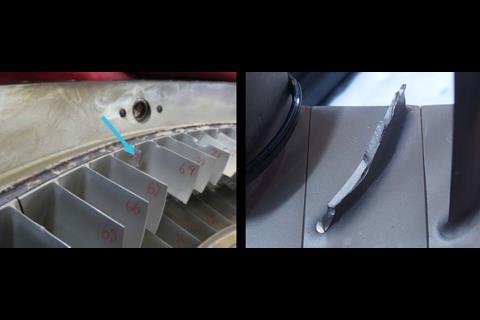 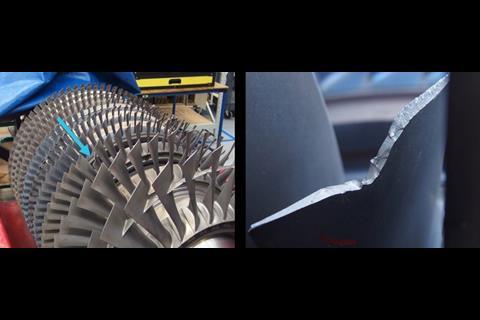 The aircraft, VH-VFF (MSN 5039), was operating the Brisbane-Cairns route with 165 passengers and six crew, none of whom were injured in the incident.

“As power was being applied for take-off, the crew reported feeling a vibration and hearing a ‘popping’ noise that rapidly increased in frequency and volume,” says ATSB.

“At the same time, the aircraft diverged to the right of the runway centreline despite the pilot flying applying full left rudder pedal deflection. The captain immediately selected reverse thrust and brought the aircraft to a stop.”

The A320 was towed back to the gate. An on-wing borescope inspection showed that six of the engine’s HPC stages had FOD damage.

Upon dismantling of the right-side engine, engineers found a screwdriver tip in the HPC. The ATSB determined that the screwdriver tip was in the engine for over 100 flights, and had made its way into the HPC when the engine was running, resulting in “dents and nicks in numerous rotor blades and stator vanes”.

Fatigue cracks caused by “at least two of these defects” caused a blade failure during the rejected take-off. The blade failure caused more damage and an engine surge.

Following the incident, says ATSB, Jetstar issued an alert to its maintainers stating that all tools need to be accounted for.

“Tool control is an important part of maintenance processes that ensures they do not lead to foreign object damage,” adds ATSB.

“Small and seemingly insignificant tool components can, and have, caused significant incidents or accidents. Tool control should extend to pseudo-consumable items such as screwdriver tips and drill bits.”