Indonesian investigators are probing a major engine failure suffered by a Boeing 737-200 freighter operated by PT Jayawijaya Dirgantara in December 2021. 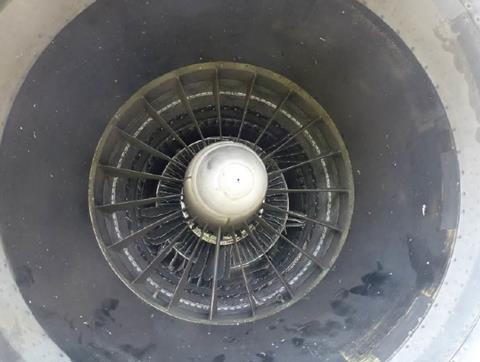 The NTSC described the incident in a preliminary report into the 21 December 2021 incident, which it classifies as serious.

As the aircraft climbed after the 08:20 take off, cockpit instruments showed that the right engine indications were equivalent to idle – the aircraft is powered by a pair of Pratt & Whitney JT8D-17 engines.

The crew notified Sentani about the problem and declared an emergency. The aircraft subsequently climbed to 4,500ft, where the crew conducted non-normal checklist for severe engine damage.

Following this, the crew returned safely to Sentani at 09:03.

“After the aircraft parked on the parking bay, the engineer checked the right engine and found that the engine was severely damaged,” says NTSC.

PK-JRW on 3 December 2021, two weeks before the engine failure

Damage to the fan blades was extensive, with debris found on the runway and beyond the runway threshold.

Closed Circuit TV footage shows that during rotation for take-off, “a fire blast appeared from the right engine exhaust.” 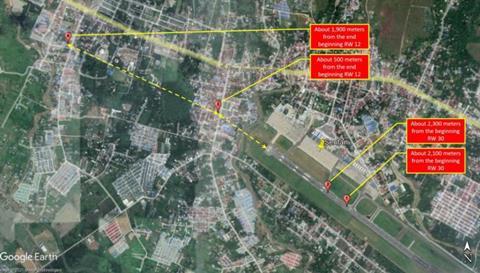 PK-JRW was delivered new in 1979 to Wien Airlines, and served with Alaska Airlines from 1984 to 1997, at which point it was converted to a freighter. Several carriers operated the aircraft during its during its cargo career, before it joined PT Jayawijaya Dirgantara March 2014.

The NTSC offers one safety recommendation following the incident, suggesting that the carrier implement an engine monitoring programme even though regulations do not require this.