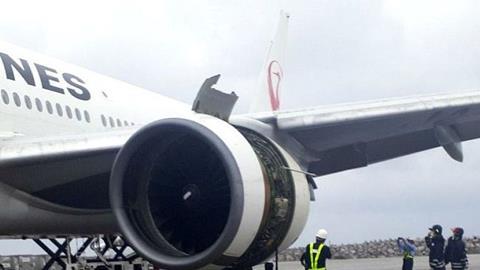 Japanese authorities are investigating a significant engine failure aboard a Japan Airlines Boeing 777-200, which involved the loss of an engine panel and fan blade damage. 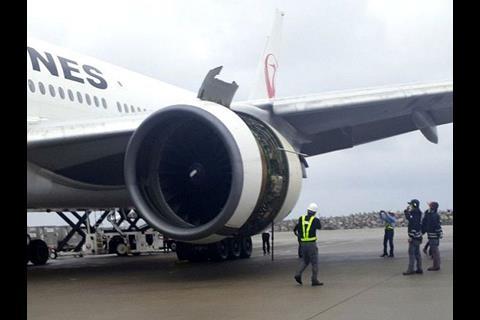 The aircraft landed safely in Naha after the engine failure 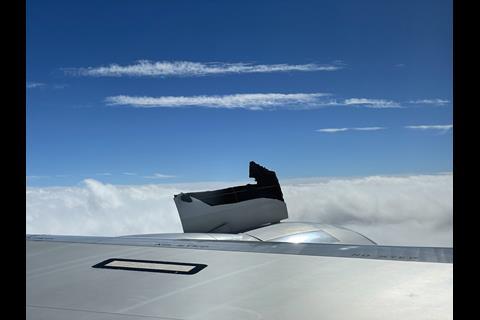 A passenger's perspective of the damage 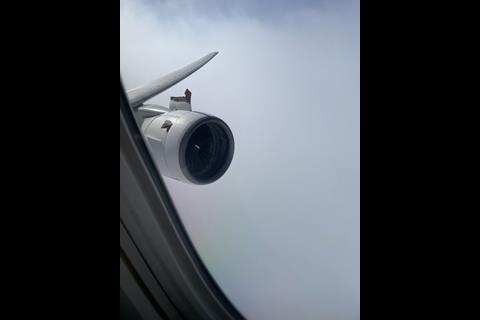 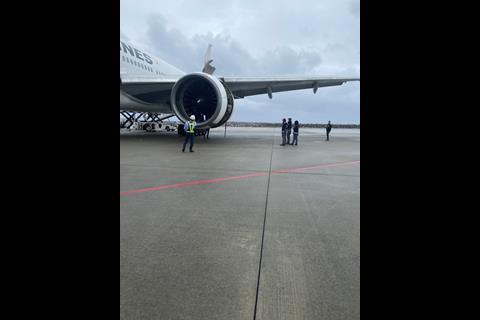 A large part of a PW4000 panel was ripped away, and the fan blades suffer damage as well

At 11:53, nine minutes after taking off, the crew requested to make an emergency landing. The aircraft returned safely to Naha, with none of the 178 passengers and 11 crew injured.

“Upon taking off from Okinawa Naha airport, the left engine experienced a malfunction at approximately 16,000-17,000 feet,” says JAL.

“Upon inspection, a part of the engine cover and the fan blade were confirmed to be damaged. As a result, the [Japan Civil Aviation Bureau] categorised the event as a serious Incident.”

Images on social media show part of the left-hand PW4000’s outboard casing sticking upwards, with most of the panel apparently shorn off. Another image suggests that the tips of several fan blades are missing.

Following the incident, Japanese authorities have asked Japan’s 777-200 operators to recheck their aircraft and engines.