A loss of situational awareness and procedural non-adherence saw the wheels and tail skid of a Uni Air ATR 72-600 turboprop collide with the pre-threshold area of a runway on 10 May 2021.

The accident occurred as the aircraft (B-17010, MSN1150) operated flight B7-9091 from Taipei Songshan Airport to Matsu Nangan Airport on Nangan Island, according to the Taiwan Transportation Safety Board’s (TTSB) final report. 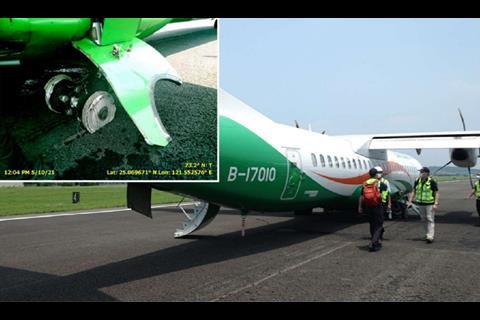 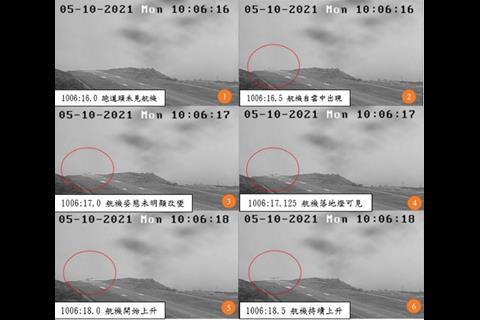 Video capture of the incident 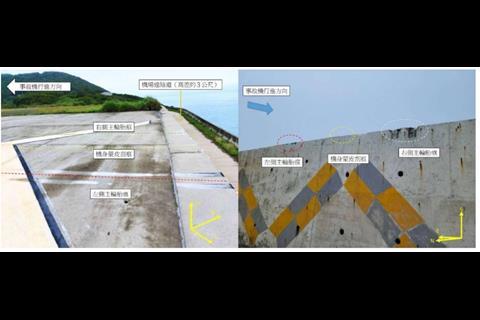 The aircraft impacted the pre-threshold section of the runway 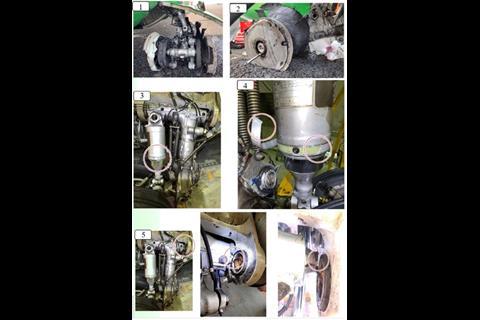 During a non-precision approach to runway 21 - which rests on high ground above the ocean – amid low clouds and fog, the pilot flying lost situational awareness, and failed to realise the aircraft was close to the runway threshold elevation.

Instead of conducting a go around, the pilot continued the approach using autopilot. The pilot monitoring also failed to call for a go around.

“When the pilot flying decided to perform a go-around, the aircraft had reached an altitude of 229ft, 11ft above the runway threshold elevation,” says TTSB.

“Because the altitude was too low, before the aircraft could establish an effective positive rate of climb, the aircraft’s main wheels and tail skid collided with the top outer edge of the pre-threshold area of runway 21, causing substantial damage to the aircraft.”

The crew subsequently returned to Songshan Airport, where the aircraft damaged the runway upon landing. None of the four crew and 70 passengers were hurt in the accident. The aircraft was written off owing to damage to the aircraft’s main undercarriage, fuselage, and tail.

The TTSB noted that the pilot flying ignored the 160ft operational limit for disengaging the autopilot and taking manual control, while the pilot monitoring failed to make callouts, even though the aircraft was “markedly below the designated glidescope” on the missed approach.

In its report, TTSB recommended that Uni Airways improve its safety monitoring mechanisms, particularly around standard operating procedures and teamwork. It tasked the country’s Civil Aeronautics Administration to ensure that Uni follows it recommendations.

Cirium fleets data indicates that the aircraft was delivered in May 2014.