No more emotional-support peacocks inside the cabin: DOT

The US Department of Transportation (DOT) says airlines may ban almost all so-called “emotional support animals” (ESAs) except dogs inside aircraft cabins, putting an end to passengers bringing unusual and sometimes intimidating creatures with them on flights.

The new rule, published on 2 December, cracks down on travellers hoping to bring pet peacocks, snakes, squirrels, turtles, horses, kangaroos, pigs and other animals into the aircraft cabin. Passengers sometimes attempt to take a variety of creatures aboard, claiming the non-human friends are for emotional and psychological well-being.

The DOT says it received more than 15,000 comments from aviation transportation stakeholders, including disability rights organisations, flight attendants, airports and other members of the public, about its proposed new rule, the explanation of which now spans 122 pages. 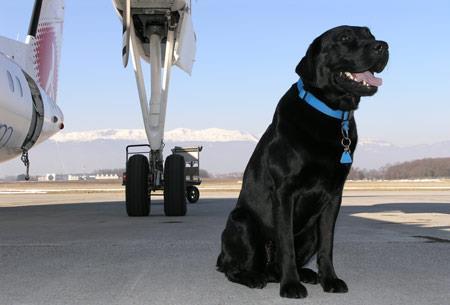 “This final rule defines a service animal as a dog, regardless of breed or type, that is individually trained to do work or perform tasks for the benefit of a qualified individual with a disability, including a physical, sensory, psychiatric, intellectual or other mental disability,” the DOT writes. “Carriers are permitted to limit service animals to dogs.”

The agency says it had received an increasing number of complaints about pets in cabins, and inconsistent enforcement of a previous rule.

“Because airlines charge passengers for transporting pets, and are prohibited from charging passengers travelling with service animals, passengers previously had an incentive to claim their pets were ESAs,” the DOT says.

The new regulation is not just to end the practice of shirking the costs of transporting an animal. DOT says untrained animals can cause unpleasant disruptions for other guests, potentially posing safety hazards.

“Airlines and other passengers have also reported increased incidence of misbehaviour by ESAs on aircraft and in the airport. The misbehaviour has included animals’ urinating, defecating and, in some instances, harming people and other animals at the airport or on the aircraft,” it adds.

In the future, animals must be individually trained to perform a specific task that justifiably aids the passenger during his or her journey on board an aircraft.

A question remains, however, on exactly what documentation will be necessary to certificate that a dog is actually trained to perform whatever specific task is assigned to it.

The agency says it will continue to rely on customers’ honesty.

“DOT does not require that individuals with disabilities have their animal trained or evaluated by an accredited organisation as a condition of transport,” it writes.

“The department is of the view that allowing airlines to require individuals with disabilities to attest to their animal’s good behaviour and training serves the important purpose of ensuring that passengers are aware of how their animals are expected to behave on aircraft,” it adds.

The rule will take effect in early 2021.