Such operations can include commercial air tours, skydiving flights and flights on vintage aircraft, such as the World War II-era Boeing B-17G that crashed in Connecticut in 2019, killing seven people. 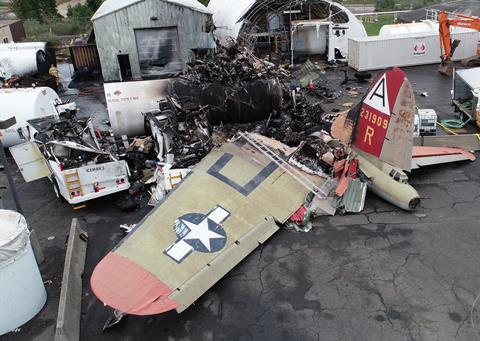 Some operators, according to the NTSB, have been “exploiting” exceptions that allow them to operate outside FAA Part 119 regulations, which apply to airline and other commercial aircraft operators, the NTSB says on 23 March.

Instead, they are conducting some commercial flights with paying passengers under the less-stringent Part 91 rules, which typically apply to private aircraft operated by owners and guests.

“For these Part 91 revenue passenger-carrying operations, there is a lack of FAA oversight, a lack of structured pilot training, deficiencies in pilot skills and decision-making, and inadequate aircraft maintenance,” the FAA says.

It notes that Part 91 does not require operators to have safety management systems (SMS), creating “risks the NTSB determined were unacceptable and avoidable”.

The NTSB recommends that the FAA develop safety standards for passenger operations conducted under Part 91, close loopholes and require SMS for all passenger-carrying operations.

In making its recommendations, the NTSB cites eight deadly crashes. Those include the March 2018 crash in New York of an Airbus Helicopters AS350 that killed five people, and the 2019 crash of a Beechcraft King Air after take off from Mokuleia in Hawaii, which killed 11 people.

Responding to the recommendations, the FAA says it “has a number of initiatives under way to improve the safety of operations conducted under Part 91” regulations.

The FAA has “begun the rulemaking process to require” SMS for air tour operators under Part 91, and in recent years required that tour operators be subject to additional inspections, the agency adds.