A Southwest Airlines Boeing 737-700 slid off the end of the runway while landing at Hollywood Burbank airport in California today, stopping only after plowing into aircraft "arresting" material.

The aircraft (registration N752SW) was operating Southwest flight 278 from Oakland when it landed on Burbank's Runway 8 at 09:05 local time, says the Federal Aviation Administration.

The aircraft then "rolled off the end" of the runway and "came to rest in the engineering material arresting system", the FAA says. 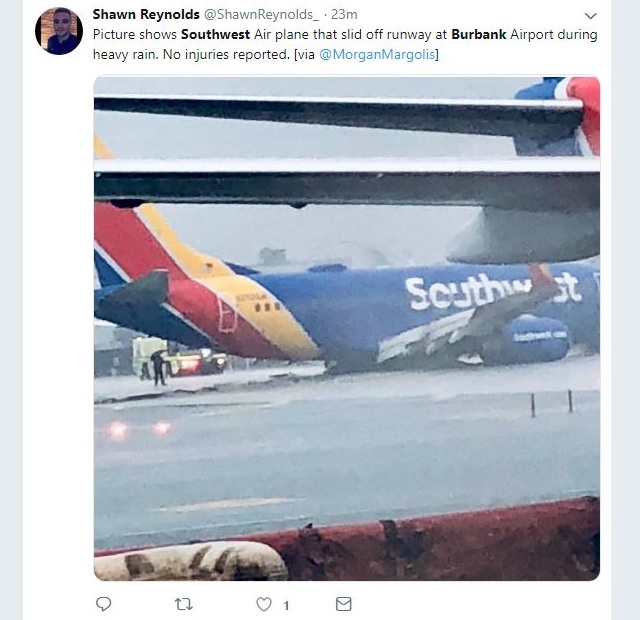 Southwest confirms the incident, and both Southwest and the FAA say they have received no reports of injuries.

"We are working to get additional details," Southwest says.

Some social media reports said the aircraft landed in rain.

The US National Weather Service issued a flood advisory for Burbank today, warning of "moderate to locally-heavy rain falling", it said.

The FAA has temporarily prohibited flights from taking off for Burbank from airports within 3h flying time, it says.

Aircraft arresting systems are installed at the end of runways and can typically stop an aircraft travelling as fast as 80mph (129km/h), say FAA documents.