Air traffic control in Sydney cleared a Boeing 737-800 to cross an active runway from which an Airbus A380 had just been cleared to take off.

The serious incident occurred on 14 November, and involved a Singapore Airlines A380 (9V-SKQ/MSN79) departing for Singapore, and a Virgin Australia 737-800 (VH-IWQ/MSN44225) that had just arrived from Melbourne, according to the Australian Transport Safety Bureau (ATSB). 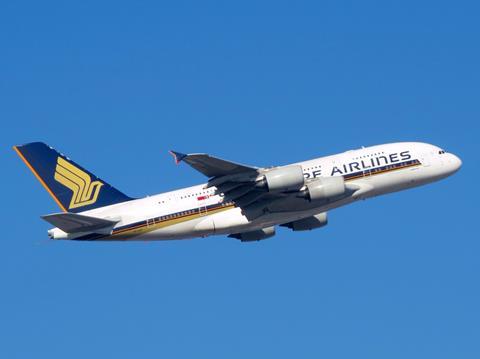 After the 737 landed on runway 25, the crew was alerted that the A380 was about to take off from the intersecting runway, 34L.

Following its landing, the 737 vacated runway 25 onto the taxiway, and the A380 was cleared for take-off. Controllers, however, then cleared the 737 to cross runway 34L and head to its parking bay.

“The Boeing 737 crew were reported to have seen the Airbus A380 still on its take-off roll and queried the runway crossing clearance with the controller, who then issued an instruction to hold short of the runway,” says ATSB.

“The Airbus A380 was on its initial climb as it passed through the taxiway intersection, with the Boeing 737 about 300m from the runway 34L holding point.”

The ATSB provided no further details about the incident, such as the weather conditions at the time or the number of passengers and crew aboard either jet.

Investigations into the incident continue, which the ATSB categorises as “serious.” It aims to produce a final report in the second quarter of 2023.