Investigators probing an Air Canada Boeing 777-300ER tail-strike at Hong Kong have found that the “sudden onset” of oscillations took pilots by surprise, causing an unstable approach and delaying their decision to perform a go-around.

In a final report into the 11 December 2018 incident, Hong Kong’s Air Accident Investigation Authority also points out several other contributory factors, including distractions in the cockpit that affected the pilot flying’s situational awareness. 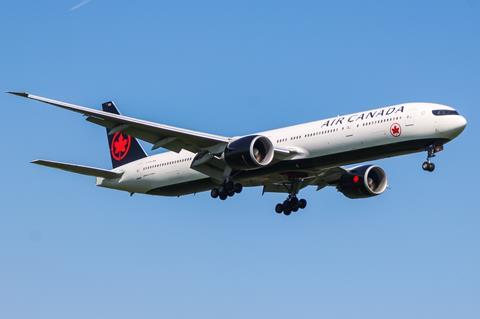 The twinjet, registered C-FITW, was operating a flight from Toronto and was carrying 376 passengers and 17 crew members. No injuries were reported, but the tail-strike resulted in substantial damage to the aircraft.

While landing, the aircraft was “marginally above” the glideslope but stabilised, and the first officer, who was flying the aircraft, disengaged the autopilot at 400ft.

Weather conditions for the approach included a crosswind of up to 12kt from the left. 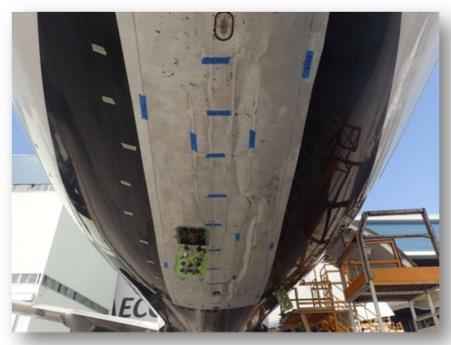 Damage sustained by the aircraft following the tail-strike.

Investigators note that as the jet passed through 200ft it commenced a series of, initially minor, roll deviations before entering a “pronounced” roll to the left and then the right.

“During the latter stages of the approach there were several opportunities to carry out a go around which included the onset of the [pilot-inducted oscillations], the initial runway contact and subsequent bounced landing,” state investigators.

The jet’s right-hand main landing-gear contacted the runway first, and the combination of a high descent rate and nose-high attitude resulted in a hard landing and allowed the aft fuselage underside to strike the runway surface. The aircraft bounced before settling. 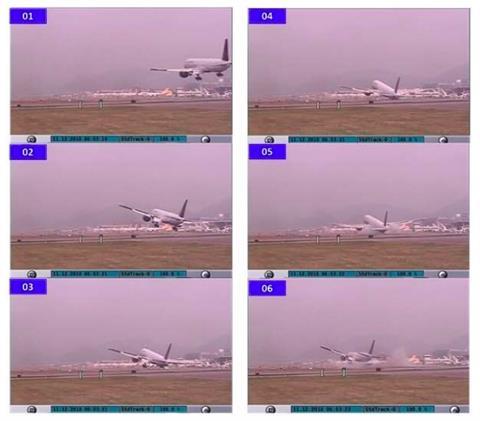 Investigators also allude to “task saturation” on the part of the first officer, who was performing his first 777 landing outside of a simulator, after obtaining his type certification days before.

“Preoccupied with the unexpected roll control deviations which distracted the [pilot flying] from flaring the aircraft and arresting the high descent rate prior to the runway contact suggest that the [pilot flying] was most probably experiencing task saturation,” they note.

On the crew’s decision not to go-around during the bounced landing, the authority says it was likely to a “startle effect”, which they believe delayed the crew’s response.

After the aircraft’s first runway contact, a beverage container fell from a holder on the first officer’s side. “This created an added distraction when the [first officer] bent forward to retrieve it,” state investigators.

Following the hard landing, the authority notes that the crew did not inform air traffic control of a suspected tail-strike, which “delayed inspection of the runway”.

To this end, the Air Accident Investigation Authority floated seven safety recommendations. These include urging Air Canada to consider recognition and awareness training for pilot-induced oscillations, especially for pilots converting across aircraft types.

Other guidelines including recommending the carrier review requirements for a go-around, as well as policies dealing with loose objects in the flight deck.

The Star Alliance carrier has since tweaked several guidelines in response to the authority’s suggestions.