The Civil Aviation Authority of Thailand (CAAT) has disclosed notable improvements in its regulatory capabilities following a series of ICAO audits.

The authority notes that ICAO has given it an effective implementation (EI) score of 65%, which is higher than ICAO’s targeted figure of 60%.

The EI score looks at implementation in eight primary fields: legislation, operating regulations, oversight, staff qualification, procedures, licensing, surveillance, and the resolution of safety concerns. In all areas, Thailand says it has improved.

“The achievement is the outcome of the commitment of the Prime Minister, Minister of Transport and Ministers in the cabinet, the full backing of the members of the National Legislative Assembly, the collective effort and dedication of all CAAT personnel, and the understanding and common objectives of all aviation operators in Thailand,” says CAAT. 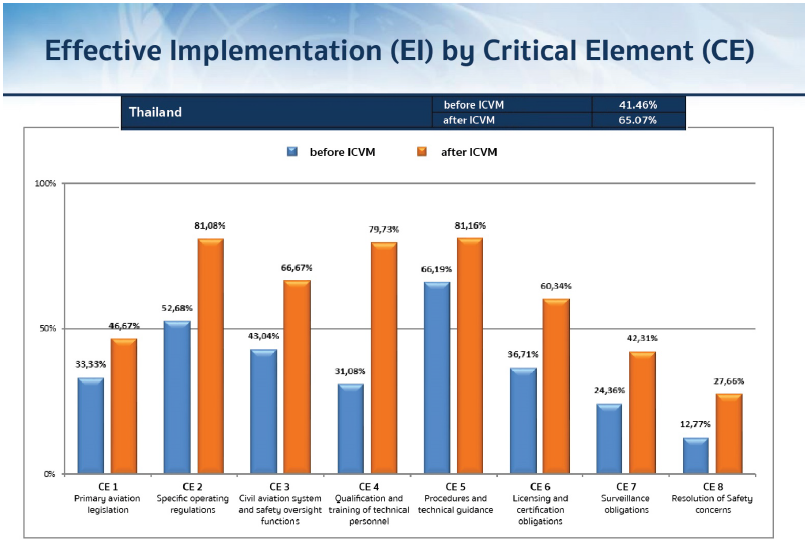 Prior to the ICAO audits, and Thailand’s response, the country’s effective implementation was just 41.5%. In 2015 this resulted in ICAO’s giving the country a “red flag” label. The red flag, which was followed by the United States Federal Aviation Administration’s (FAA) downgrading Thailand to Category II, sharply limited the ability of Thai carriers to operate internationally, particularly to North Asia.

Following by a major revamp of Thailand’s regulatory functions the red flag was finally lifted in October 2017.

In functional areas Thailand has also improved greatly. The most notable change is within the area of Civil aviation organisation. 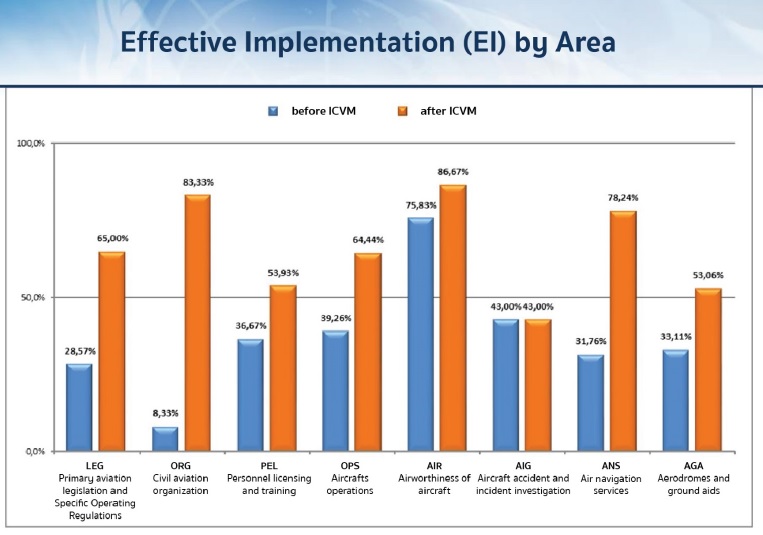 After being placed under the red flag, Bangkok did away with the former Department of Civil Aviation. To deal with the department’s former functions, Bangkok set up the CAAT as an independent regulator and the Department of Airports was set up to run airports. Search and rescue, as well as aircraft accident investigations were moved to the Ministry of Transport.

This resulted its EI for civil aviation organisation skyrocketing to 83.3% from 8.3% previously.

The country remains in category II status. In February, the FAA set Thailand 26 items that need rectification before its safety rating can be upgraded to Category I.