The US House of Representatives has voted to approve an infrastructure bill that also addresses hazards in the air transportation of lithium batteries.

The Invest in America Act, passed by the US House on 1 July, authorises the government to allocate $715 million for safety measures on roads, bridges, public transit, freight rail, drinking water and wastewater infrastructure, according to a public fact sheet.

But deep in the text, the bill also repeals Section 828 of the FAA Modernization and Reform Act of 2012.

”That section prohibits [the Department of Transportation] from issuing any regulation ensuring the safety of transporting lithium batteries in air cargo compartments of passenger and cargo planes if the regulations are more stringent than the lowest common denominator of international standards,” a summary of the bill’s text reads.

“Repealing this provision helps protect the safety of all passengers flying in the US from safety risks associated with lithium batteries.” 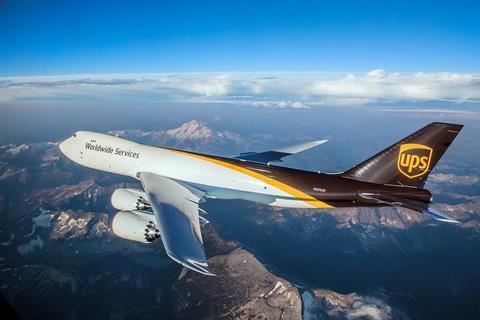 The legislation now goes to the Senate for consideration.

Transportation of lithuim-ion batteries is a hot topic after numerous incidents where these types of batteries have combusted while being transported, leading to fire damage.

A battery fire inside a FedEx truck in 2016 led the NTSB in June 2020 to recommend tighter regulation of some lithium-ion batteries.

The safety watchdog released recommendations stemming from the 2016 fire, which ignited while the truck’s driver was delivering packages in Ontario, Canada. The fire destroyed the truck and its contents. The batteries ignited about 10h after being offloaded from a cargo aircraft. They had been transported there from Sarasota, Florida on two FedEx cargo aircraft.

At the time, the NTSB said that “had the thermal runaway event occurred on an airplane the event could have resulted in significant damage to, or the loss of the airplane”.

Pilot union Air Line Pilots Association, International (ALPA), on 1 July applauded the government for “addressing the significant hazards associated with the transport of lithium batteries on passenger and cargo aircraft”.

“The PHMSA, along with the Federal Aviation Administration, have repeatedly demonstrated the expertise and resources needed to research and identify hazards that affect the safe transportation of hazardous materials in aviation,” ALPA says

“We appreciate the committee’s recognition of that by designating PHMSA the authority to issue lithium battery safety regulations.”

Cargo operator UPS says on 2 July that it is committed to the safe transportation of hazardous materials in all modes, and it “favors” harmonizing rules with the United Nations Model Regulations and International Civil Aviation Organization technical instructions.

“UPS continues to advocate for a regulatory scheme regarding the transportation of lithium-ion batteries by air that seeks uniformity and consistency with international requirements,” UPS says.

In May, IATA called for the criminalisation of rogue lithium-battery shippers as part of moves to ensure the safe carriage of such cargo for airlines. The organisation identified a historical reluctance to tackle the issue of unsafe transport of lithium batteries by a minority of shippers. IATA says shippers need to be held accountable as part of a general tightening of regulations to minimise the risk of fires caused by the batteries. The trade group said at the time it will be proposing the formation of an industry-led group to investigate the issue.