Two US lawmakers have asked the FAA to coordinate with airlines ahead of the presidential inauguration next week in order to prevent violent protesters from travelling to Washington, DC and potentially threaten the safety of the air transport system.

Peter DeFazio, chair of the House of Representatives transportation and infrastructure committee, and Rick Larsen, who leads the subcommittee on aviation, on 11 January wrote in a letter to the US regulator that Americans are “on edge” following the pro-Trump riot at the Capitol building that left five people dead on 6 January.

They urge the FAA and the aviation community to “think creatively” about measures that could prevent a repeat of last week’s explosive situation, that could once again lead to ”insurrectionists exploiting the freedom to fly to carry out nefarious schemes against democracy”. 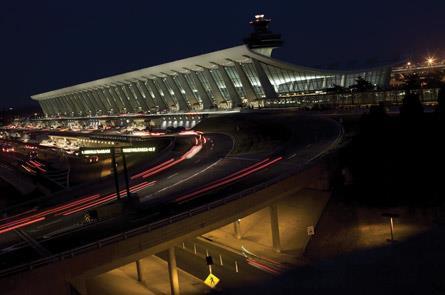 Lawmakers urge FAA to beef up safety ahead of presidential inauguration

They also ask the FAA to take rigorous action “to prevent civil unrest from jeopardising aviation safety and leading to injury or worse during flight, and… to limit the chance that the nation’s commercial airline system could be used as a means of mass transportation to Washington, DC, for further violence in connection with the inauguration”.

The appeal comes days after a pro-Trump mob stormed the Capitol building as the US legislature was set to confirm the election of Joe Biden as the country’s next US president. The rioters broke into the building, violently disrupted the proceedings and left garbage and destruction in their wake. Five people died. Congress reconvened later that day and certified the election results early on the morning of 7 January.

Prior to the violence, images and film footage published on social media showed crowds of pro-Trump fanatics creating disturbances at airports and in aircraft while underway to the US capital. One video showed Republican US Senator Mitt Romney, who has broken with President Donald Trump on several political issues, being harassed as he was waiting to board a flight to Washington, and again heckled on board the aircraft.

Following the riot, some airlines temporarily stopped serving alcohol on flights to and from Washington, DC-area airports in an attempt to prevent further trouble.

Numerous unruly protesters have reportedly also been placed on the FBI’s “no-fly” terrorist watch list, and countless participants of the mob that stormed the Capitol building have been arrested and charged by law enforcement authorities.

In their request, DeFazio and Larsen ask the regulator to “enforce vigorously” its authority to take strong action to discourage passengers from conducting themselves in a rowdy and threatening manner. Perpetrators caught ”assaulting, intimidating, threatening or interfering with an airline crewmember’s performance” can be fined up to $35,000 per violation.

“We also urge you not to hesitate to refer violations of criminal laws, including violations of the prohibition on interference with crewmembers’ performance of their duties, to the Justice Department for prosecution as well as to other appropriate federal agencies such as the Federal Bureau of Investigation and the Transportation Security Administration,” DeFazio and Larsen add.

The FAA did not immediately respond to a request for comment.

President-elect Joe Biden is scheduled to be sworn into office as the 46th President of the United Sates on 20 January. Numerous media report that law enforcement authorities are preparing for potential mass pro-Trump rallies in Washington, DC as well as all 50 states’ capital cities in the days leading up to the inauguration.