The US National Transportation Safety Board has released video and photographs showing the debris field left by Atlas Air flight 3591, that crashed southeast of Houston killing three people on 23 February.

The NTSB's video, released on 25 February, shows a wide swath of wreckage strewn about what appears to be marshland and shallow water.

Debris looks to consist mostly of small pieces of the Boeing 767-300ER Freighter, though some larger pieces, including sections of the aircraft's fuselage, are visible in the video. 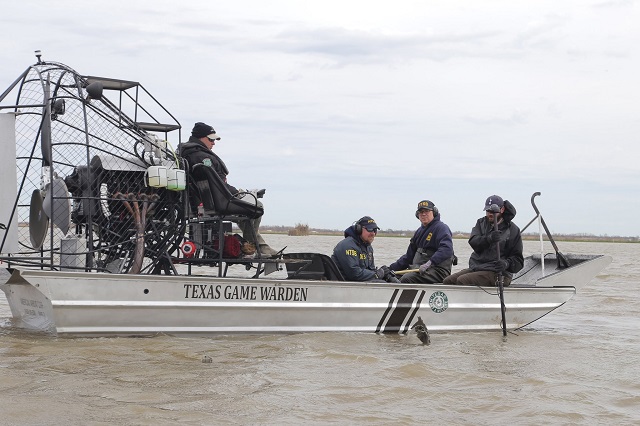 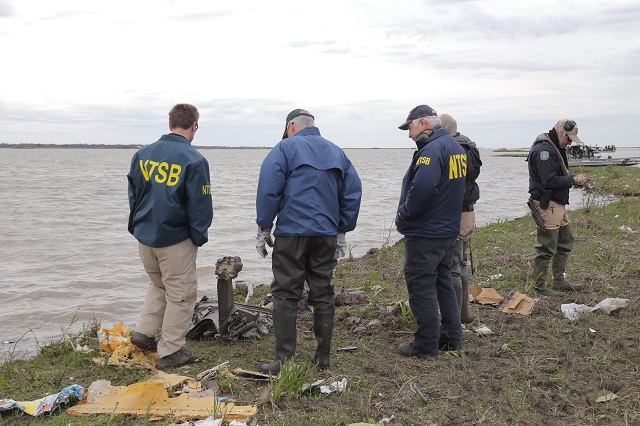 NTSB investigators on the shore of Trinity Bay, southeast of Houston.

The NTSB has not provided an investigation update since 24 February, when NTSB chair Robert Sumwalt said his team recovered security video showing the aircraft diving toward the ground in a "steep nose-down attitude". The NTSB will eventually release that video, Sumwalt said.

The NTSB's top priority is to recover the black boxes, he added.

The 767-300ERF, registration N1217A, crashed into Trinity Bay, about 26nm (48km) southeast of Houston George Bush Intercontinental airport. The aircraft was operating a flight from Miami to Houston, and the pilots did not issue a distress call, Sumwalt said.