Investigators from the Australian Transport Safety Bureau (ATSB) have urged flight crew to familiarise themselves with the varying layouts of airports, especially those with unique designs, and ensure “effective flight crew coordination is employed”.

It made these comments at the release of the final investigation report of a Virgin Australia ATR 72-600 nearly taking off from the wrong runway at Canberra international airport. 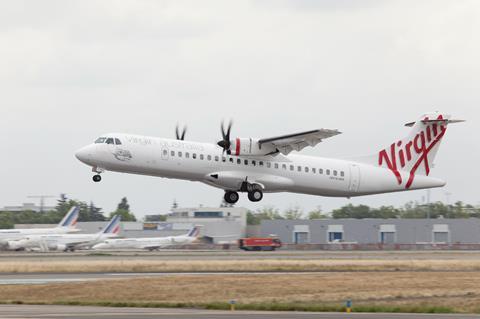 The bureau also called on airlines to ensure that their operating procedures minimise the risk of human error, noting that the flight crew of the turboprop had only 90 seconds before taking off to complete all pre-departure checks, which led to divided attention between the pilot and the first officer.

The incident, which took place on the evening of 25 September 2019, involved an ATR 72, registered VH-VPJ, operating from Canberra to Sydney.

The flight crew elected to depart from Runway 35, using intersection Golf, basing their decision on aircraft performance considerations, environmental conditions and the short distance between their parking bay and the runway holding point.

According to airport maps, intersection Golf sits between Runways 35 and 30. 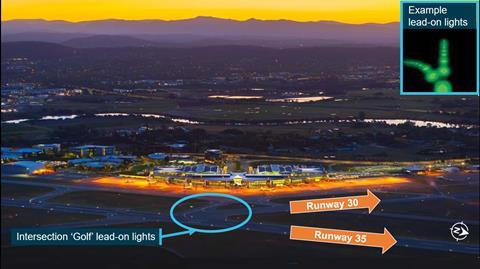 Layout of Canberra airport, showing Runways 30 and 35, as well as intersection Golf.

Just before reaching the holding point at intersection Golf, the flight crew advised air traffic controllers that they were ready for take-off.

“After passing through the holding point, the captain taxied the aircraft onto runway 30, following the lead-on lights for that runway, while the first officer’s attention was focussed on completing procedures and checklists,” note ATSB investigators.

They added: “This likely resulted in the flight crew having reduced awareness of the runway environment and aircraft orientation.”

The turboprop lined up with the centreline of Runway 30, which was shorter in length than Runway 35, and began its take-off roll. Almost immediately, air traffic controllers spotted the aircraft and instructed it to stop.

The flight crew rejected take off, and  were instructed to the correct runway, from which they took off without further incident.

ATSB investigations also found that Virgin Australia’s ATR 72 pre-take off procedures did not specify when the crew were to advise air traffic controllers that they were ‘ready’ for take-off.

“Further, runway verification checks using external cues were not included in procedures for all their aircraft,” the bureau notes.

To this end, the ATSB notes that the carrier has discontinued the use of intersection Golf at Canberra airport for departures.

It has also worked to amend its ATR 72 procedures, but the carrier had already ceased operating the turboprop before it could be implemented — as a result of post-administration fleet restructuring which saw the airline move to an all-Boeing 737 fleet.

Subsequently, Virgin Australia has developed a runway verification procedure to be included in their 737 flight crew operating manuals.

The carrier’s spokesperson Kris Taute tells FlightGlobal the updated  737 procedures will be rolled out early next year.

“While we no longer operate ATR services nor use the departure intersection involved in this incident, we’re proactively implementing additional runway verification procedures across our mainline operation,” Taute adds.

This story has been updated to include Virgin Australia’s comments.