Unveiled in November 2013 as an alternative to towed decoys, the active digital radar frequency memory jammer is already being offered by Saab as an option for its existing Gripen and in-development Gripen E designs. The Swedish type was not, however, involved in the trials performed in early February.

“These tests with a non-Gripen aircraft will reinforce Selex ES’s efforts to have the decoy picked up by further platform manufacturers,” the company says. Separate flight trials involving the Gripen will be conducted later this year. 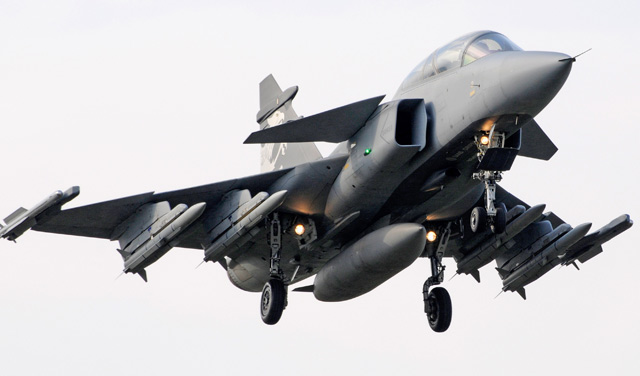 Capable of presenting a false target to ground-based radars and incoming radar-guided missiles, the self-protection equipment can be carried by a variety of fighters without modification to the airframe, by using standard 55mm flare cartridge dispensers. 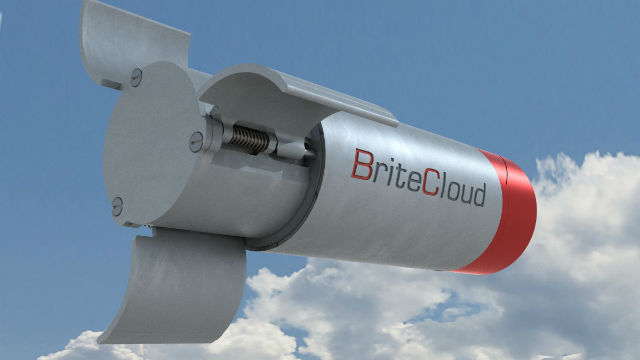 Conducted at an undisclosed test location, the recent activity saw “fully functional decoys launched from a fighter aircraft that was being tracked by a ground-based fire-control radar,” says Selex. “All of the decoys performed as planned, detecting the threat radar and jamming it,” the company adds. Radar lock with the aircraft was “immediately broken” in each instance, with the decoys tracked until impacting the ground.

The successful test campaign – which was conducted for an unidentified customer – “will clear the way for Selex ES to begin production of the decoys”, the company says.

Pete Forrest, vice-president marketing and sales for electronic warfare, notes that the end-to-end demonstrations “will reassure some potential customers, who maybe didn’t quite believe that this technology is as far ahead of our competition as we’ve just proven”.