During the 11 March flight, the aircraft hovered and conducted flight operations under the control of an operator using a “man-portable” ground control station, the company announced on 22 April. 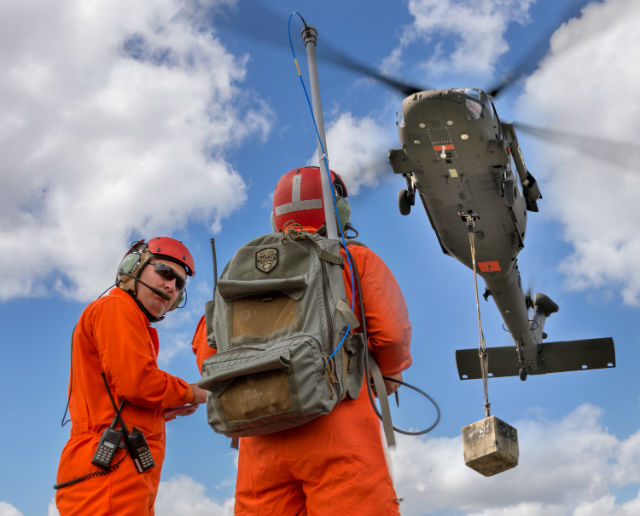 The flight of the demonstrator aircraft, which Sikorsky calls the manned/unmanned resupply aerial lifter (MURAL), advances the technology towards a point where the US Army can achieve “autonomous cargo delivery”, the company says. Helicopters capable of flying manned or unmanned missions would allow the military to increase sorties while maintaining crew rest requirements, it notes.

The MURAL programme is a joint effort involving Sikorsky, the US Army Aviation Development Directorate and the army’s Utility Helicopters Project Office.

Sikorsky says it has been developing the technology with internal funding since 2007.

In 2013 the company signed a research and development agreement with the army to demonstrate the system using two of the service's Black Hawks. The same year, Sikorsky introduced a programme – Matrix Technology – aiming to develop software designed to improve the safety, capability and reliability of autonomous, optionally-piloted vertical take-off and landing (VTOL) aircraft.

“Matrix aims to give rotary and fixed-wing VTOL aircraft a high level of system intelligence needed to complete complex missions with minimal human oversight, and at low altitudes where obstacles abound,” Sikorsky says.