Comments from US Air Force officials about a new fleet of rescue helicopters have left Sikorsky fearing the service’s third attempt in almost 15 years to upgrade its rescue aircraft fleet may again fall through.

In recent days, senior Air Force leaders have both stressed the importance of the search and rescue mission – calling it part of the service’s “fabric” — and lamented the realities imposed by federal budget cuts.

Sikorsky, which with partner Lockheed Martin could be awarded a roughly $7 billion rescue helicopter contract next year, says the message isn’t overly positive.

"I'm not overly optimistic based on the comments we've received over the last couple weeks," David Morgan, Sikorsky's director of Air Force programmes, tells Flightglobal. "If they don't award a contract in March it would be the third time we have expended a considerable amount of resources... on a competition without results." 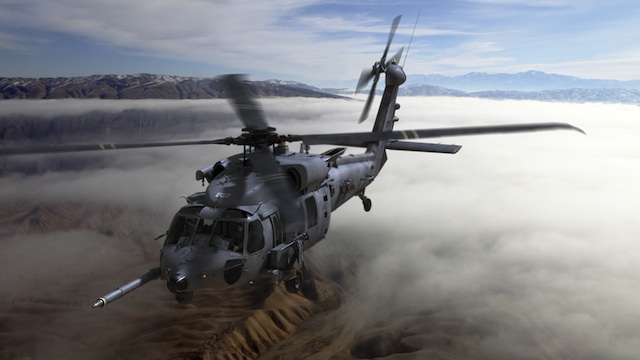 In November the government announced Sikorsky, the only remaining bidder for its combat rescue helicopter (CRH) programme, could be awarded a contract in the second quarter of fiscal year 2014.

But the government warned the 14-year contract was “based on budget availability” in future fiscal years and will depend on President Barack Obama’s next budget review.

The company had bid to build a 112 CRH-60 aircraft, a modified version of its H-60M Black Hawk helicopter.

Partner Lockheed would produce mission equipment and the “survivability suite” of electronics that protect the aircraft from hostile threats.

Sikorsky says the CRH-60 will have increased payload, wider rotor blades, improved ability to hover out of ground effect and 20% more cabin space.

CRH-60 is a good deal, Sikorsky adds, because the contract stipulates that the development and production costs will not change.

But comments from Air Force officials have been mixed in recent weeks, raising doubts about the programme’s future.

At a 13 December press briefing at the Pentagon, Air Force chief of staff General Mark Welsh called the search and rescue mission “part of the fabric of the Air force”, and said the programme is one “we must have at some point.”

But Welsh and other Air Force officials stressed that budget cuts mean the Air Force can’t have everything.

"It’s a programme we must have, but we're talking about lots of things that we must have," Walsh says, adding that the Air Force’s top priorities are Lockheed's F-35 Joint Strike Fighter, Boeing's KC-46 tanker and the new long-range strike bomber (LRS-B) programme.

At the same briefing, acting secretary of the Air Force Eric Fanning says “investment dollars... are going to be precious and we’re going to have to prioritise them.”

He clarifies, however, that the Air Force has more options than just “awarding the [CRH] contract this year or killing it.”

That indicates to Morgan that the Air Force knows it needs new rescue helicopters, but just doesn’t know when it will be able to afford them.

“It’s a matter of timing,” Morgan says, adding that the programme’s future should clarify by early February 2014, when President Obama is expected to release his budget proposal.

The Air Force did not immediately respond to questions about how a lack of funding in fiscal year 2015 will affect the CRH.

Morgan says Sikorsky also doesn’t know, but fears the service may need to start from scratch.

“In effect, CRH will be cancelled,” he says.

Like other military programmes, the Air Force rescue aircraft replacement programme has deep roots, as does Sikorsky’s involvement.

In 1999, the service identified a need to replace its HH-60G Pave Hawk rescue helicopters, also a Sikorsky product, with an aircraft with improved range, speed and cabin space, Morgan explains.

The service completed an options analysis in 2002 and began funding its 141-aircraft "personnel recovery vehicle" programme in 2004.

In 2005, it renamed the programme CSAR-X, short for "combat search and rescue."

Sikorsky bid to build the HH-92 Superhawk, a version of its civilian S-92 helicopter, and Lockheed bid its VH-71 helicopter, but in November 2006 Boeing won with its HH-47, a new version of the Chinook.

But the Air Force cancelled the award following a successful protest by Sikorsky and Lockheed, and reissued a request for proposal (RFP) in 2007.

Before proposals were received, that competition was also successfully protested.

The Air Force then cancelled the CSAR-X programme and launched a third effort — the CRH programme — to find a replacement aircraft using currently-available technology, Morgan says.

The pre-solicitation notice and RFP for that programme went out in 2012, but this time Sikorsky was the only bidder.