Mark Kronenberg, Boeing's vice-president for international development, said the Apache is the "last man standing" in India and Boeing is the sole bidder for the contract. Boeing is in final negotiations with India's ministry of defence, and hopes for a final decision by the end of the second quarter.

Late last year, Indian and Russian media reported that the other contender in the competition, Russia's Mil Mi-28, had been eliminated. The reports indicated that the Mi-28 failed to meet several of the Indian air force's technical requirements. 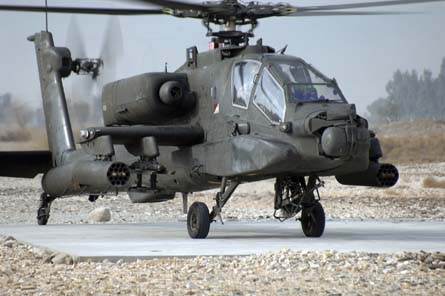 Kronenberg was speaking to defence journalists at a media roundtable held on the sidelines of the Singapore Airshow.

He added that a long-awaited deal to sell 36 AH-6I light attack helicopters to Saudi Arabia has also been officially closed, making the Middle Eastern nation the launch customer for the type.

Boeing sees considerable opportunities for the AH-6I in Southeast Asia, with a number of countries having expressed interest. He singled out the Philippines as a particularly strong candidate for the AH-6I.

Kronenberg added that Boeing sees strong opportunities in the international maritime patrol aircraft (MPA) market. He acknowledged that some countries may not need the full capabilities embodied in the 737-based P-8 Poseidon, but that Boeing is looking at ways to either scale back the P-8's capabilities for such customers, or integrate limited P-8 capabilities onto smaller platforms.