Israel Aerospace Industries unveiled a significant enhancement to one of its market-leading unmanned air vehicle designs at the Singapore air show on 11 February.

Speaking as the covers were taken off the Super Heron HF, company chief executive Joseph Weiss said the latest iteration of the medium-altitude, long-endurance type will build on its “unrivalled success”. More than 250,000 flight hours have already been amassed by Heron-series aircraft, totalling “some hundreds” of airframes, he adds.

The new model differs from earlier examples primarily through the use of a heavy-fuel engine with an output of more than 200hp (149kW). 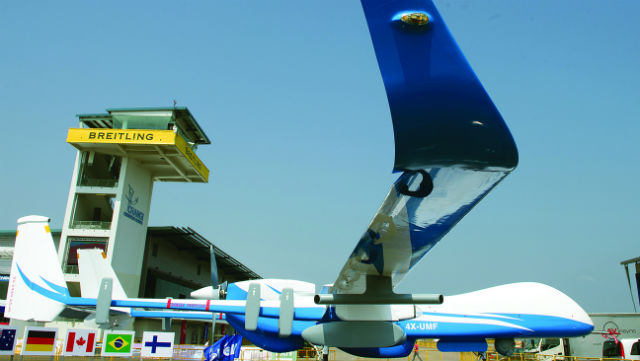 While this has required the company’s engineers to alter the Heron’s fuselage by widening and slightly lengthening the structure, Weiss says the new powerplant delivers significant benefits. In addition to diesel fuel being less flammable than traditional aviation gasoline, the increased output enables a faster climb rate and a top speed in excess of 150kt (277km/h). 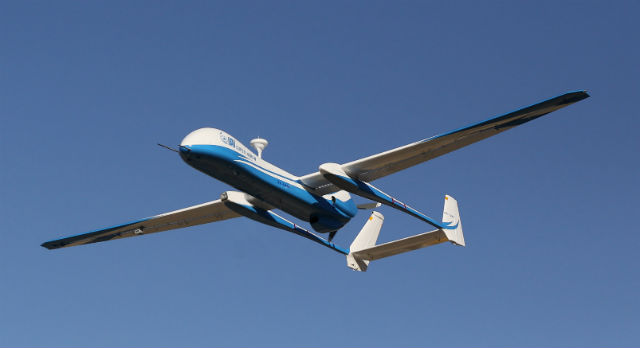 Also including winglets, the HF package of enhancements is being offered to new Heron customers, while elements of the work will also be available as upgrades for in-service aircraft. Weiss says development work started around 18 months ago, and that the new model is “practically operational”, following the results of a flight-test campaign launched in October 2013.

IAI is showcasing the Super Heron HF in a multi-role configuration, including its MOSP 3000 electro-optical/infrared sensor and an Elta Systems ELM-2055 synthetic aperture radar/ground moving target indication payload. Other equipment include communications and electronic intelligence sensors and a satellite communications fit.

See the latest news and views from this year's Singapore Airshow