The milestone took place on 10 February, with the RAAF tanker delivering 6,800kg (15,000lb) of fuel to the USAF C-17A over Edwards Air Force Base in California, says Australia’s Department of Defence.

The 5h sortie saw 39 contacts made between the two jets using the A330 MRTT’s boom, which is designated KC-30A in Australian service. 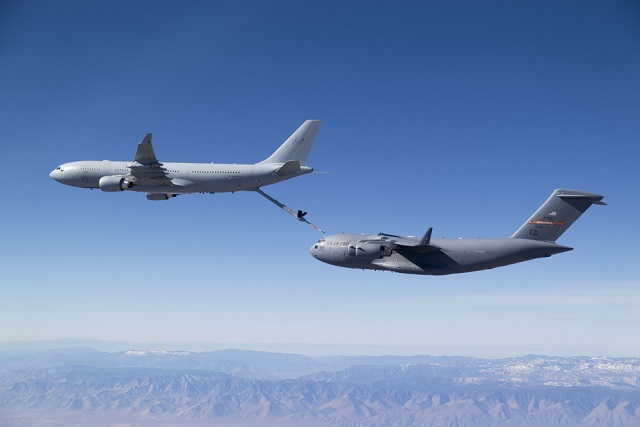