Air Canada once again lost more than a billion Canadian dollars in the second quarter of the year as the airline continues to struggle to do business amid the country’s ongoing travel strict restrictions.

That said, executives at the Montreal-based airline are convinced the worst is behind it, as consumers begin to venture out again in the face of eased travel restrictions in the coming weeks.

“Customers are returning,” says chief executive Michael Rousseau. “In June we began to see a significant increase in bookings. We can now optimistically say we are turning a corner.” 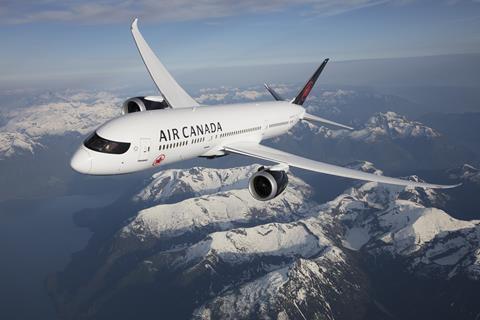 Air Canada says the worst of the crisis is behind it

Air Canada today disclosed a loss of C$1.17 billion ($930 million) for the second quarter of the year. This was slightly less than the C$1.18 billion it lost during the same period of pandemic-plagued 2020, which was the first full quarter to be impacted by the global health crisis.

“The Covid-19 pandemic continued to weigh on Air Canada and the Canadian airline industry in the second quarter, with its impact on travel reflected in our results,” Rousseau adds.

Capacity was still 86% lower than in the same quarter in 2019, but was an increase of 78% on the same period last year.

While passengers stayed at home, Air Canada says it notched a 33% increase in cargo revenue, to C$358 million, during the quarter. As a response to the increased cargo demand, the airline has been operating all-cargo flights using passenger aircraft and some temporarily converted aircraft. It will add two dedicated Boeing 767 freighters to the fleet by the end of 2021.

As vaccination rates have risen in the past weeks, the federal and provincial governments have begun easing restrictions that have been in place for much of the past year. One of these is a mandatory quarantine for returning citizens and permanent residents, a portion of which was required to be spent in a government-authorised facility at the travellers’ own cost.

The country ditched the hotel-stay requirement, and reduced isolation times for Canadians earlier this month, and moved toward a more robust testing programme.

Restrictions for vaccinated US customers are scheduled to lift next month, and international passengers who have been inoculated will be permitted to enter Canada for non-essential reasons beginning in September.

Canadian airlines had been asking the government to relax the rules for months, and saw immediate results once that happened.

“The early indications with the easing of restrictions is very, very encouraging,” says chief commercial officer Lucie Guillemette. She says that the airline expects its rebound to track similar to US carriers’ recoveries earlier this year.

For the third quarter, the airline expects to offer approximately 35% of capacity in the same quarter of 2019. Cash burn is expected to be cut to between $280-$460 million for the period, or $3-$5 million per day, on average, Air Canada says.

In August, the airline is on track to fly domestic capacity at“about two-thirds” of 2019 levels, Guillemette adds.

Air Canada will resume service to 50 communities within the country and has just announced plans to reinstate transborder service to 34 cities in the USA with up to 220 flights per day.

“Rebuilding our US operations is key to our recovery,” Guillemette says. She adds that the airline believes that come fall, corporate demand will also progressively return, as will demand for southern sun destinations. International long-haul travel will lag, however. The airline expects transatlantic travel to rebound in the final quarter of the year, but “regrettably, Pacific and Australia are somewhat delayed”.

In April, the carrier entered into a bailout agreement with the government worth C$5.9 billion. That included C$1.4 billion to refund passengers holding non-refundable tickets that were purchased in early 2020 but which customers did not use due to either cancelled flights or the travel restrictions.

During the second quarter the airline says it paid out C$997 million on these fares, and it expects to complete the refund claims process in the third quarter.

Air Canada took delivery of five Airbus A220s during the second quarter, and expects three more in addition to three Boeing 737 Max to join the fleet by the end of the year.