“Our industry has changed profoundly by the pandemic, and you can’t run your airline like it’s 2019 or you will fail,” Kirby said on the company’s fourth-quarter earnings call on 18 January.

Ongoing staff shortages, technological shortcomings and supply chain constraints are just a few of the numerous issues that have contributed to structural changes in the industry, which, he says, is not going to achieve its 2023 capacity targets. 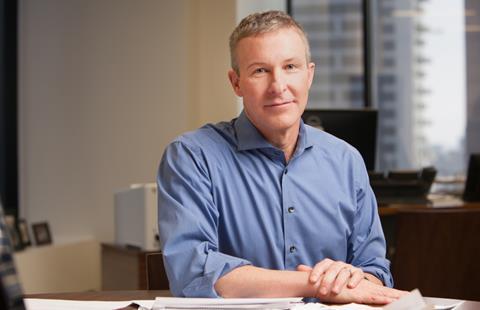 Kirby: you can’t run your airline like its 2019 or you will fail

“Pilots are and will remain a significant constraint on capacity,” Kirby says. Since Covid, all airlines will need to staff their operations at higher levels. That means they are hiring more employees, which will inevitably have lower experience levels than previously. In addition, higher sick rates will impact the system more over time.

“Covid hit our industry harder than others, and all [airlines] lost experienced employees and did not invest in the future,” Kirby says. “Any airline that tries to run at the same staffing levels pre-pandemic is likely to fail when there are stresses in the system.”

“This is the new reality and the new math for airlines,” he adds.

The cracks show especially when there are additional strains in the system, such as the severe winter storm which paralysed air traffic across the country during last month’s busy end-of-year holiday travel season. While all airlines were affected by the inclement weather, some had more issues than others.

Southwest Airlines, for example cancelled more than 16,700 flights between 21 December and 31 December as its decades-old software lost track of the locations of flight crews and aircraft. It took days for the airline to reset its network. Government officials blasted Southwest for the snafu, and called for an investigation of the matter.

“The weather was what broke the camel’s back for them,” Kirby says.

“These buffers are much less expensive than the cost of avoiding the otherwise inevitable operation meltdowns,” he adds.

About two weeks after the storm that left Southwest reeling, the FAA’s technology broke down when its Notices to Air Missions (NOTAM) system suffered from a corrupted file, grounding all aircraft for about 90 minutes on 11 January.

And that was just the latest in a series of problems stemming from the FAA’s constrained circumstances. Last summer, airlines operating in Florida complained that staffing at Jacksonville Air Traffic Control Center was inadequate to handle the increased traffic as post-pandemic passenger demand surged. Coupled with unpredictable and unstable summer weather throughout the area, the issues resulted in thousands of flight delays and cancellations.

The FAA outage in early January ”ought to be a wake up call for all of us in aviation,” Kirby says.

“The FAA needs more resources. I think they did an amazing job during the Christmas struggles with the weather…but the hard facts are the FAA’s budget in real terms is lower than it was 20 years ago, and the amount of work they’ve been asked to do is much higher. They’ve had to rob Peter to pay Paul.”

But it will take some time for both airlines and the regulator to work through the issues. The first step is facing the problem head on.

“It’s intellectually hard and takes time to get through the denial phase,” Kirby says. “This will take three years at best to address. It’s a long-term structural issue. We are better prepared to deal with it than everyone else.”