“See you in court.” That is American Airlines chief executive Doug Parker’s position on the US Department of Justice’s lawsuit seeking to unwind the carrier’s partnership with JetBlue Airways.

Speaking on 21 October, Parker adopted a belligerent tone with the DOJ, signalling no intention of backing down or even seeking a settlement with the US government.

“They sued us, and we are going to go win the lawsuit,” Parker says. “They are wrong. This is highly beneficial to consumers… See you in court.” 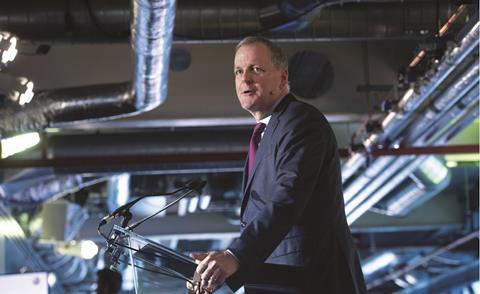 American and JetBlue spent much of the last year implementing a partnership called the Northeast Alliance, under which they are codesharing and co-ordinating flight schedules at Boston Logan International airport and New York’s three major airports – LaGuardia, Kennedy and Newark.

But the DOJ sued the carriers in federal court in September, alleging the partnership violates anti-trust law. The government calls the Northeast Alliance a “de factor merger” in New York and Boston, saying it eliminates any incentive for the pair to compete with each other.

The lawsuit comes amid a broader push by the administration of president Joe Biden to promote competition.

“The company is not interested in any sort of talks about settling this,” Parker says. “We’re perplexed as to why they filed this lawsuit.”

“We feel extremely good about this case, and it gets better every day as we continue to expand and provide more services to customers,” he adds.