It is no coincidence that "competitiveness" has been chosen as the theme of this year's ALTA Airline Leaders Forum in Brazil's capital city.

It is no coincidence that "competitiveness" has been chosen as the theme of this year's ALTA Airline Leaders Forum in Brazil's capital city.

Despite having the "biggest potential" in the region and accounting for around 40% of Latin American GDP, Brazil "is not a competitive country for the industry", ALTA's executive director Luis Felipe de Oliveira told FlightGlobal during a mid-October interview.

"As we are here in Brasilia, the heart of the political decision-makers, the idea to focus on these areas, and make people understand the aviation industry in the region... to make the right decisions for the future of the industry," he says regarding the annual gathering of the Latin American and Caribbean Air Transport Association (ALTA), which takes place on 27-29 October.

De Oliveira met the vice-president of Brazil, Hamilton Mourao in July to discuss the commercial aviation industry's role in boosting Brazil's economic recovery. He hopes to continue the momentum created from that meeting, and other ALTA initiatives, into the Airline Leaders Forum. 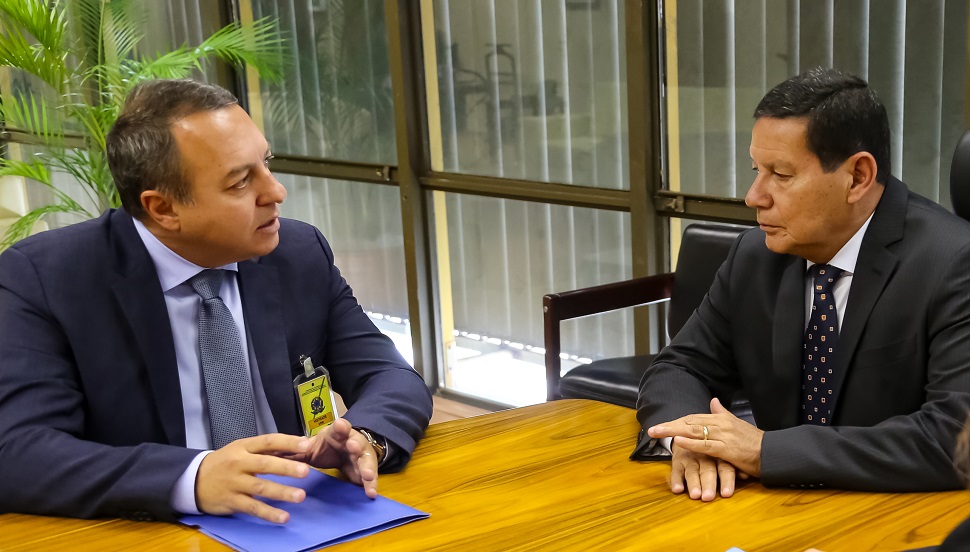 Among the most pressing issues, jet fuel in Brazil is "the most expensive in the world", de Oliveira suggests. He explains that the global average in terms of jet fuel's proportion of airline costs is "around 22.5%".

"In Brazil, it is around 30%," he says, adding: "Considering the low margins we have here in the industry, that's really affected us a lot and reduced competitiveness as well."

De Oliveira notes that ALTA is "working very closely with the Brazilian government in terms of fuel price transparency, [and to] change of the grade of the fuel from Jet A1 to Jet A".

He also cites the need for reform of the "Brazilian code of aviation", which he describes as "a very old code that limits the operations in terms of length of flights for crew", among other stipulations.

"That is something that needs to be addressed and changed, to adapt to new technologies, new aircraft and new flight routes that can be 19, 20 hours sometimes," de Oliveira says.

Among other issues, Brazilian airlines also "see the highest level of legal action against them", he asserts.

"Every single passenger that feels not well treated by the airlines, they can claim something," de Oliveira complains, adding: "The juries are very [keen] to bring astronomic fines against the airlines... That's something we need to change as well."

A wider concern that encapsulates many of the individual issues, de Olivera notes, is that Brazilian airlines lack the "legal security" needed to make investments in the industry. "The low-cost companies... need to have the legal confidence that the market will continue as it is and you won't have any changes in the near future," he says.

Amid these challenges, de Oliveira is keen to point out that Brazil has seen some positive progress, such as the recent opening-up of local airlines to overseas investment.

In May, Brazil's lawmakers signed into a law a presidential decree eliminating restrictions on foreign ownership of airlines.

De Oliveira explains that the country's airlines incur around "60% of their costs" in US dollars – "the strong currency" – while most of their revenue is in the local currency. "That's why having this injection of capital from foreign groups will support the growth of the industry," he says.

Foreign investors were previously unable to own more than 20% of a Brazilian carrier.

Brazil's congress later attempted to tack a provision on to that legislation, mandating airlines to offer one free piece of baggage with each ticket – a potential blow to low-cost operators in the country.

Such a move would have undone some of the deregulation introduced into Brazil's market following the 2016 amendment of passenger rights regulation by civil aviation authority ANAC, providing an example of why potential investors might cite a lack of "legal security" over the future operating environment.

But Brazilian president Jair Bolsonaro used his veto to block the move.

De Oliveira welcomes that development, explaining that "average fares are reduced" by airlines having the flexibility to charge for baggage, meaning "you bring more passengers into the system".

He also highlights the most recent round of airport concessions in Brazil as "positive", arguing that they will "help to have more competitiveness on the airport side". Brazil is, he notes, seeing the "creation of different hubs in the country, in the northwest in Fortaleza, in Brasilia, in Salvador de Bahia, in Porto Alegre, and others".

"We don't need [Brazil's industry] to be concentrated – we can have these regional hubs," de Oliveira adds.

Despite these examples of progress being made, the country is ultimately still home to "a lot of uncertainties", he says.

It is also home to some of the industry's biggest airline-related developments in recent months, including the collapse of Avianca Brasil and the decision by US operator Delta Air Lines to invest in LATAM Airlines at the expense of its relationship with Brazilian low-cost carrier Gol.

The latter – which recently rejoined ALTA as a full member – is said to be in talks with American Airlines about a potential tie-up.

ALTA does not take a view on the strategies adopted by its member airlines, de Oliveira commenting only that the concept of joint ventures can be "positive for the region".