The top anti-trust attorney in the US government has specifically called out the airline industry when stressing that Washington will continue fighting against business practices it considers anti-competitive.

“We will continue to challenge deals that present unacceptable risk to the American public,” US assistant attorney general Jonathan Kanter said on 18 May, according to a DOJ transcript. 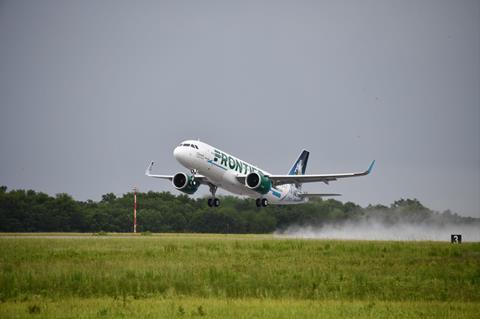 “We are already demonstrating our willingness to block anticompetitive transactions in a broad range of critical industries like airlines and healthcare,” adds Kanter, who heads the DOJ’s antitrust division. He spoke at a New York City Bar Association event.

Kanter did not elaborate, but his comments suggest the US government intends to continue its forceful opposition to alleged violations of antitrust laws.

President Joe Biden has made consumer protection a priority, and the DOJ has been more aggressive in enforcing antitrust laws under Biden than under President Donald Trump.

His comments come at a unique juncture – inflation and airfares have recently increased rapidly, and several US airlines are pursuing closer ties, including mergers.

The US government is now suing to stop JetBlue Airways from collaborating with American Airlines in the Northeast USA – a partnership those carriers call their Northeast Alliance.

A trial in that case is scheduled to start later this year in US District Court for the District of Massachusetts.

Additionally, the US government’s antitrust position has played a significant role in an expected acquisition of Florida-based ultra-low-cost carrier (ULCC) Spirit Airlines.

In February, Denver-based Frontier Airlines offered to purchase Spirit, with plans to use Spirit to create much-larger ULCC.

But in April, New York-based JetBlue stepped in with a counter bid. Though JetBlue offered to pay more, its plan calls for eliminating Spirit as an ULCC and using Spirit’s assets to create a larger JetBlue.

Spirit’s board has sided with Frontier, saying US regulators are unlikely to green light a JetBlue deal, especially while the DOJ is already suing JetBlue for alleged anti-competitive behaviour. Frontier hopes to acquire Spirit in the second half of 2022.