Fernandes steps down as acting head of AirAsia X

Tony Fernandes has resigned as acting head of low-cost operator AirAsia X to focus on his role at diversifying airline group Capital A.

Fernandes, who heads Capital A – formerly known as AirAsia Group – and is a director of AirAsia X, in July of this year stepped in to become acting head of the medium-haul operator. It came after AirAsia X group chief executive Nadda Buranasiri resigned earlier this year. 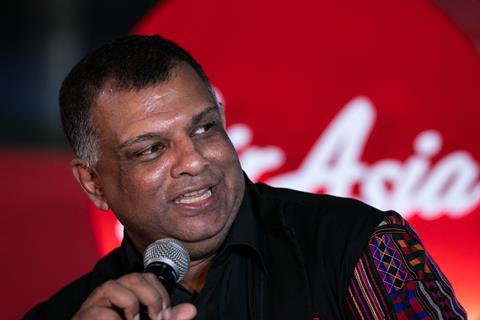 ”I went in with a clear mandate to restart AirAsia X and bring it back to life from hibernation,” says Fernandes. ”I am happy that this has been accomplished with a very edifying plan for 20 aircraft for the AAX Group— 13 aircraft for AAX and seven for Thai AirAsia X.

”After the excellent job led by Lim Kian Onn on the restructuring, my job was to bring the airline back to profitability and growth. We have improved the cost structure, and created the cargo business, which has contributed about 20% to the airline’s revenue during the pandemic and will continue to play a vital role in the recovery of AAX.

“I am confident that AAX will come back stronger, providing great value mid-range travel, led by the senior leadership teams in Malaysia and Thailand. I’m now going to focus on delivering significant value to shareholders of Capital A,” he says.

Tunku Dato’ Mahmood Fawzy, who has been appointed as independent non-executive director of both airlines, will focus on overseeing the strategic direction and driving sustainable growth for the medium-haul airline group.

”Our strategy is to focus on flying our most popular and profitable medium haul routes first, which have proven to be successful in the past including leveraging cargo operations in key markets,” he says.

“In just a short period of six months, AAX has already increased its cash flow by over 100% compared to when it restarted in April, with robust plans to continue this positive trajectory moving forward.”