Frontier Airlines says more passengers returned to air travel during the second quarter, propelling the carrier to a small net profit, but that it is seeing “softening” in bookings as concerns about the rapid spread of the coronavirus’ “delta” variant grow.

The Denver-based ultra-low-cost carrier reported a $19 million profit for the quarter that ended on 30 June. Adjusted to take away financial aid the airline received from the government and other items, the carrier posted a $50 million loss for the quarter.

Revenue for the second three months of the year came in at $550 million. That’s almost three times the revenue figure of the same quarter during pandemic-plagued 2020, which was the period during which the global health crisis began to tear into airlines’ finances. 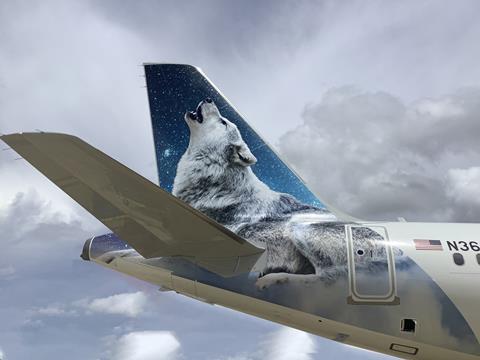 “During the quarter, as the recovery in leisure travel progressed, our capacity exceeded the comparable pre-Covid quarter and we leveraged our financial discipline and relative cost advantage to be profitable,” says Barry Biffle. “Our focus on leisure travel, along with the strength and resilience of our business model and available liquidity, positions us to continue to be an industry leader in the recovery.”

The USA’s vaccination programme has been the main driver for travellers’ increased confidence, Biffle says, and the airline ”would continue to support any measures or incentives to get everybody vaccinated”.

That said, recent news reports about the more-contagious “delta” variant, rapidly spreading across the USA, has put the brakes on demand.

Frontier says it has noticed “softening in the level of bookings over seasonal norms that we believe is directly related to the increased Covid-19 case numbers associated with the delta variant”.

It is the first US carrier to report lighter booking volume since the airlines began holding their second quarter earnings results calls three weeks ago.

“The numbers people need to know are 97, 99 and 100,” Biffle says. “97% of everyone in the hospital is unvaccinated. 99% of people dying are unvaccinated. 100% should get the vaccine. That’s what’s going to get us through the delta variant and back on the road to recovery.”

A possible vaccination requirement for foreign visitors, as is reportedly being considered by the US government, would not be a drag on demand for air travel, he adds. On the contrary, ”we believe it’s an accelerant for demand,” Biffle says.

At the end of the June, Frontier operated a fleet of 109 Airbus A320 family aircraft, and expects to take delivery if five additional A320neo aircraft in the third quarter of 2021. In July, Frontier says it signed a letter of intent with two leasing partners to add 10 additional A321 aircraft through direct leases. These aircraft are expected to begin second half of 2022 and continuing into the first half of 2023, and will be deployed system-wide, the airline says.