Airlines face a challenge to recover from the increased debt burden which has resulted from efforts to survive the crisis with the industry not projected to turn cash positive for another year.

IATA today further deepened its forecast for industry net losses for this year to a massive $118.5 billion - and more than doubled its projections for a loss next year of $38.7 billion. 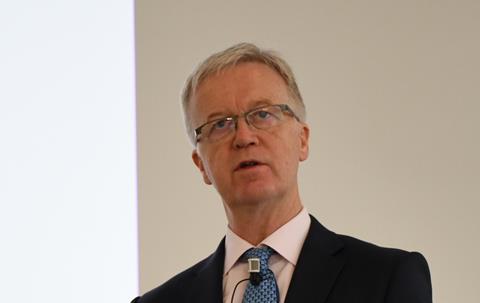 That will be a burden during the restart – and some airlines might find that impossible to deal with: Pearce

This follows the virtual standstill in international scheduled services earlier this year during the initial coronavirus outbreak and subsequent stalling in the air traffic recovery as a second wave of the virus hit many markets. That caused revenues to slump around 60% to an expected $328 billion.

Airlines have been bolstered by a string of state support measures and investments which have helped prop up many carriers through the crisis.

”It could have been catastrophic for the airline industry given the scale of the loss of passenger revenues that we have seen but for governments stepping in with $173 billion of aid to keep airlines in life support,” explained IATA chief economist Brian Pearce during a briefing to present its fresh economic outlook today.

But he adds: ”One issue with that aid is almost half of it has been in the form of debt and that’s going to be an issue for the restart of the industry.”

IATA estimates that together with funds airlines raised from capital markets during the crisis, that airline industry debt levels have increased by more than $220 billion to $651 billion.

“And the industry was already heavily indebted before the crisis. That will be a burden during the restart – and some airlines might find that impossible to deal with,” Pearce says.

IATA estimates airlines burnt through around $50 billion in cash during the second quarter as the pandemic hit, and that despite some improvement, cash burn was around $40 billion in the third quarter.

”The news on the vaccine makes us more confident in our baseline forecast for a rebound in travel in the second half of next year. We think airlines could stop burning through cash by the end of next year and they may even at an industry level get to being cash positive by the fourth quarter of 2021,” Pearce says.

”However from the fourth quarter of this year until that point, we expect airlines to burn through perhaps $80 billion more of cash – so there is a gap of where they are today and that improved position.”

He warns this increases the risk of airline failures as many carriers will not have the necessary cash to bridge that gap.

”There are many airlines with substantial war chests – and indeed the ability to borrow more if they need to – but that is not true for all or if not the majority of airlines. The median airline had eight or nine months cash as of June. so that will last until the end of the first quarter. There is a real risk we could see airline failures if we don’t see some improvement.”

Pearce believes government support for these carriers is best directed at measures to support the viability of air services.

“The challenge now is that airlines are trying to restart. [But] they are finding traffic is too low to make it viable,” he says. ”It’s [about] stimulating demand and helping airlines not to burn through too much cash in putting those services on, that’s the kind of support we need.”

Notably that also aligns with IATA calls for the use of systematic testing to help reopen markets for air travel.

Even once the industry returns to cash-positive operations, Pearce notes those higher debt levels will take time to clear - with an associated impact on airline abilities to grow.

”Debt has gone up more than 50%. Airlines have to generate positive cash to pay that down. $220 billion of extra debt is going to take years to repay,” he says. ”It gives airlines much less resource to reward investors and to invest in new aircraft. It will slow down expansion, and possibly fleet renewal.”