“Masquerading this cash grab as a green tax the week before COP26 is the height of political hypocrisy that people are fed up with,” says IATA director general Willie Walsh of the 27 October announcement by UK chancellor Rishi Sunak.

He further suggests that “placing an even larger APD financial barrier between the UK and the world makes a mockery of the Global Britain ambition by dealing yet another blow to the UK’s competitiveness”. 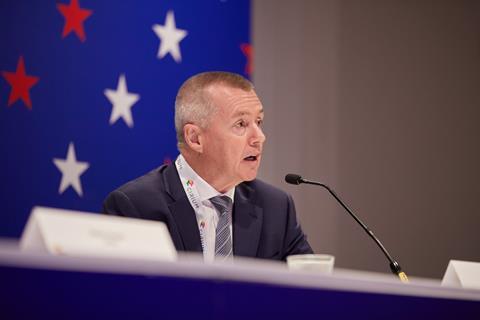 Walsh, speaking at this year’s IATA AGM in Boston

Walsh says that the latter decision “tells us that the government understands the economic destruction that APD causes”, adding: “It should apply this wisdom to international connectivity and aim to boost UK competitiveness by eliminating APD completely.”