IATA has downgraded its industry net profits outlook for 2019 by around a fifth to $28 billion, amid rising costs and slowing demand stemming in part from weaker trade.

The association had projected a net profit for the industry of $35.5 billion in its first outlook for 2019, made in December last year. A revised profit of $28 billion for this year would mark a $2 billion reduction on the 2018 industry net profit, which has itself also been revised downwards to $30 billion. 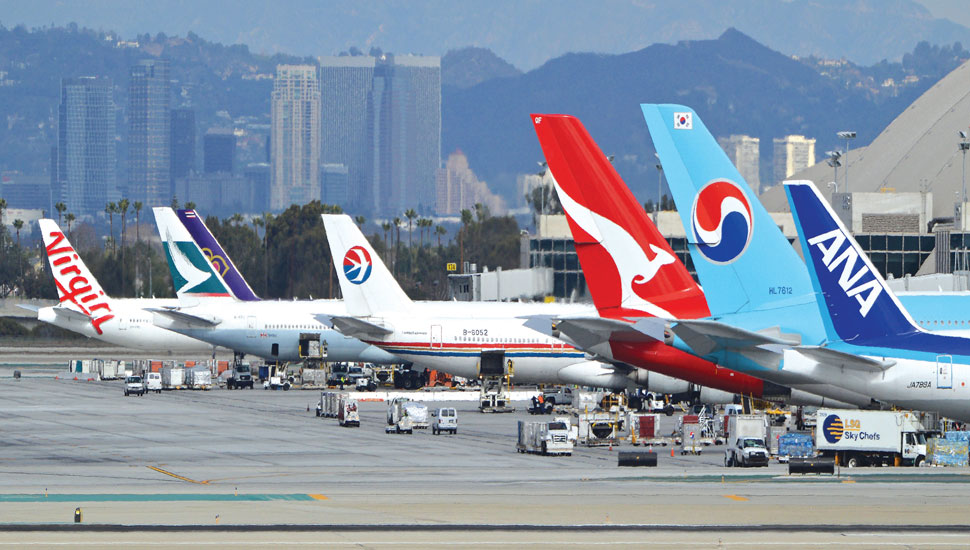 In reducing industry profit expectations today, IATA says it sees costs rising by 7.4% in 2019 - outpacing a 6.5% increase in revenues.

"The business environment for airlines has deteriorated with rising fuel prices and a substantial weakening in world trade" IATA says.

On the cost side IATA has increased its expectations for fuel costs - it now expects to average around $70 per barrel Brent crude oil during 2019. That compares with the $65 barrel price it projected in its last forecast. It also see increased non-fuel costs from labour and infrastructure.

IATA has also trimmed its revenue expectations for 2019 by $20 billion. It now sees industry turnover growing 6.5% at $865 billion.

The biggest change in its outlook since its December forecast is it now sees Asia-Pacific airlines making a net profit of $6 billion in 2019. It had originally anticipated the region posting profits in excess of $10 billion this year. The reduction in part reflects the larger exposure carriers in the region have to air cargo, the sector hardest hit by weakening trade and which has slipped back into decline.

The new forecast has also cut $1.6 billion from its original profit expectations for North American carriers for 2019. But at $15 billion, the region will remain the most profitable and account for over half total industry profits.

It also sees Middle East carriers posting a loss of $1.1 billion this year - having earlier projected the region's operators would be profitable this year.

African carriers are again expected to post a loss in 2019, while it is trimmed slightly expectations for Latin American carriers.

IATA has though increased its projections for profits among European carriers by around $700 million from its December forecast to $8.1 billion. That will make Europe the second most profitable region this year.

"The good news is that airlines have broken the boom-and-bust cycle," says de Juniac. "A down in the trading in environment no longer plunges the industry into a deep crisis.

"But under current circumstances, the great achievement of the industry-creating value for investors with normal levels of profitability is at risk. Airlines will still create value for investors in 2019 with above cost-of-capital returns, but only just."